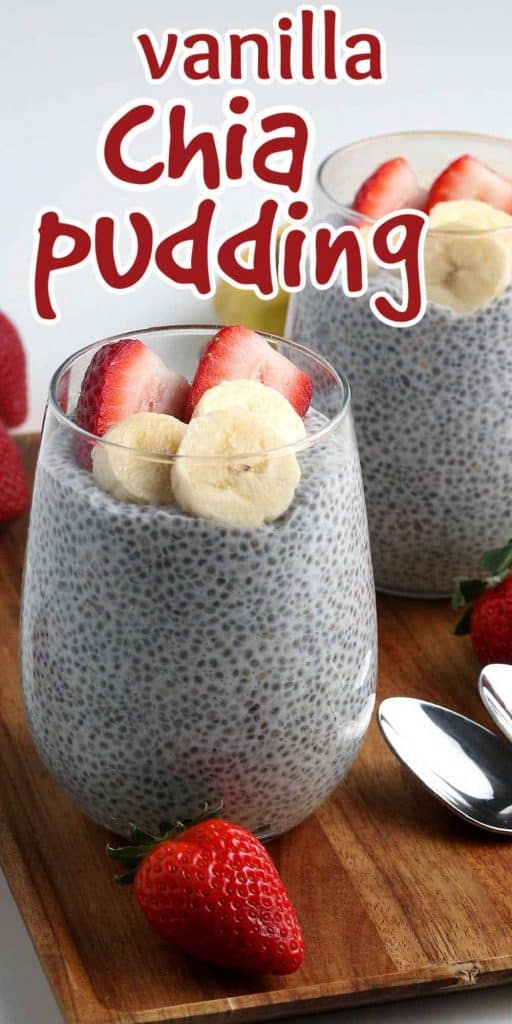 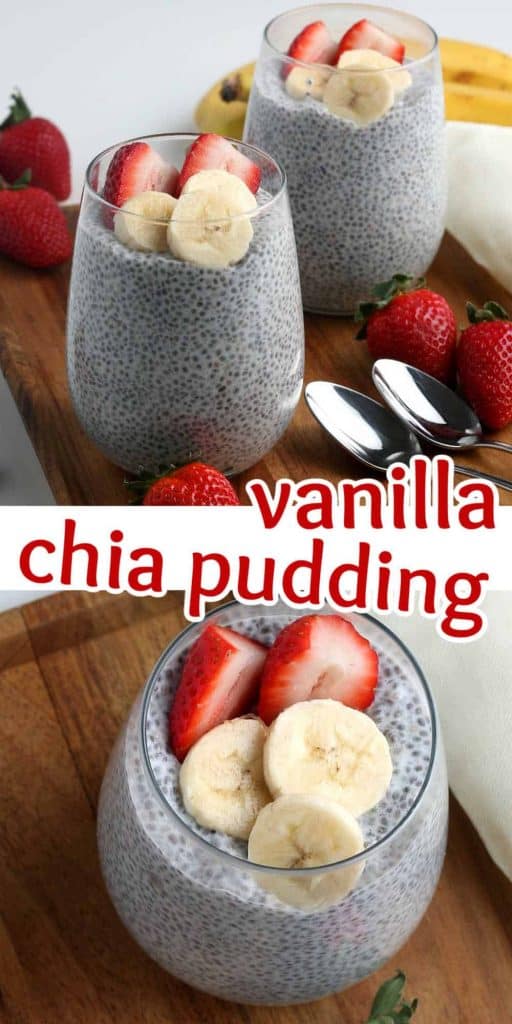 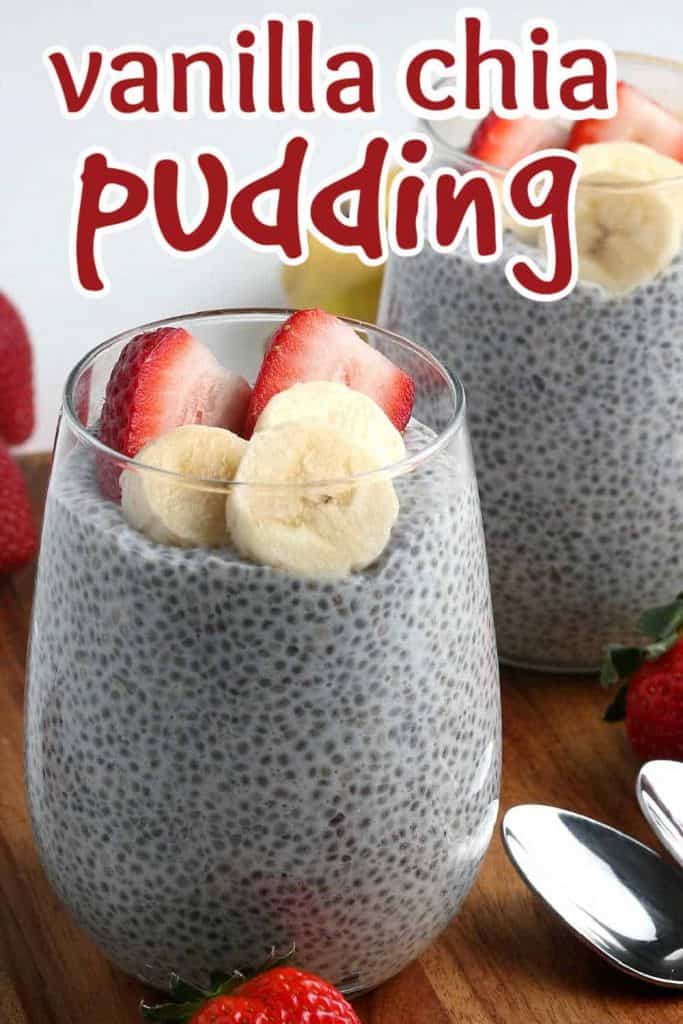 Vanilla Chia Pudding is a healthy recipe that's packed full of protein and other nutrients. It's vegan, gluten free, and a great breakfast or snack. Easy meal prep recipe for the week.

Vanilla Chia Pudding is so simple to make and is easily made in a large enough quality to last you the whole week.

Chia seeds are a little darling when it comes to adding bulk and lightness to many recipes. The seeds gel when they are added to a liquid which makes them a great addition to baked goods.

That also makes them perfect for the creation of endless pudding recipes. This chia seed pudding recipe is a really good basic recipe. You can add any variation of fruit that you like to the top as an added bonus.

In fact, if you include oats in this vegan chia pudding recipe along with plant based milk and other favorite ingredients you get overnight oats after they've set in the refrigerator overnight. That's a nice treat to wake up to.

On their own chia seeds don't taste like anything. What makes everything taste good is the ingredients that you add.

Vanilla chia pudding tastes like vanilla pudding because you have only added non dairy milk, maple syrup and vanilla. The fruit on top also adds more flavor. Granola would also be really good added to this recipe.

The texture is very similar to tapioca pudding and if you'd like it smoother you can always add the mix to a blender or use an immersion blender.

Can you use ground chia seeds?

Yes! in fact I often do that. I ground a batch and keep it in a small freezer jar in the freezer. There it is always ready and you will have a smooth textured vanilla chia pudding.

Can I buy ground chia seeds?

Yes, it comes in small packets and packages.

I like 3 to 4 tablespoons chia seeds to each cup of liquid. Not counting the maple syrup.

It doesn't really take that long to thicken. In fact, when I'm making an egg it only has to sit a couple of minutes. But with this amount of liquid give it more time. You want it nice and cold anyway.

There really isn't anything different for the meal prepping except that you can evenly divide the pudding into mason jars. It stays good in the refrigerator for 5 to 7 days.

Make it on the weekend for a healthy breakfast or pick me up throughout the week. It can be vegan, gluten-free, paleo and even a keto chia pudding. It just depends on what you mix into the recipe.

What are chia seeds healthy benefits 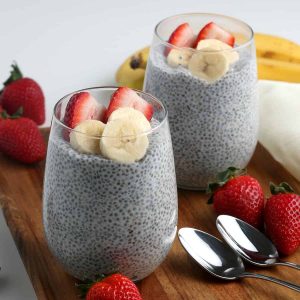 If pudding is not thick after refrigeration add more chia seeds, mix and refrigerate for an additional hour or more.