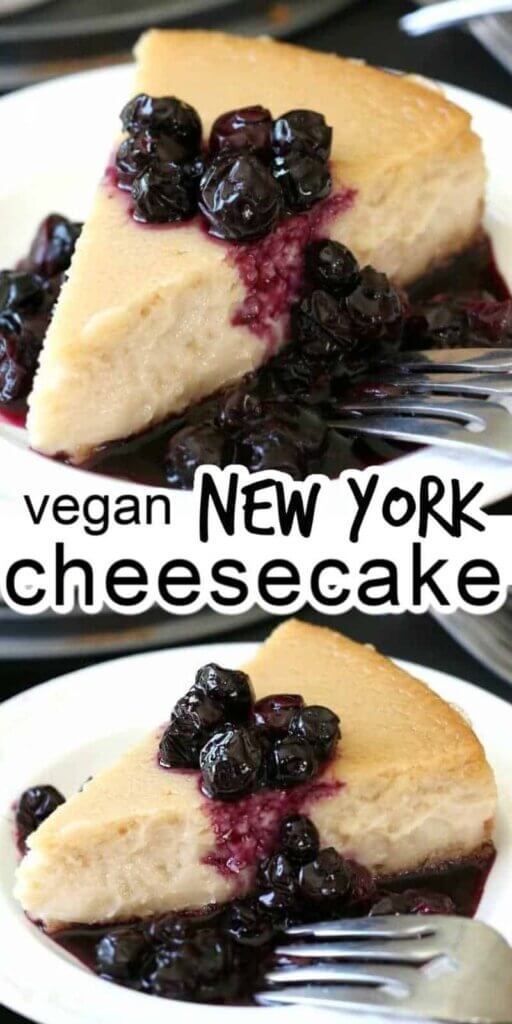 Dairy Free New York Cheesecake is a dream come true. Completely plant-based with all the pleasure of a baked New York style cheesecake. Now you can make and enjoy it too. 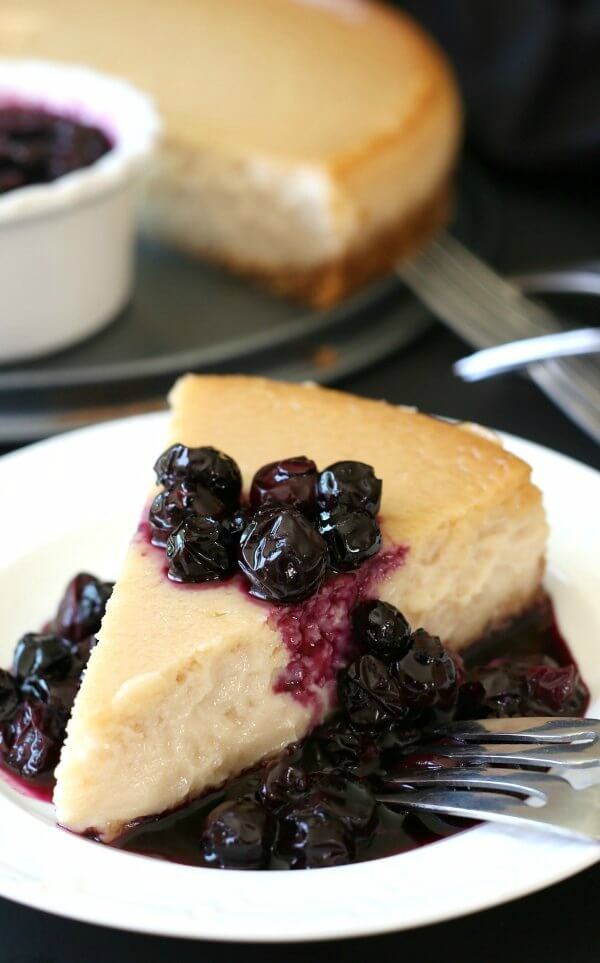 Dairy Free New York Cheesecake almost seems like an oxymoron. I mean how can this be dairy free!

I have the answer for you and it is partly because of all of the wonderful vegan products we have in our markets now.

I say partly because the rest of the reason we can make this fantastic cheesecake is because of the creative minds of Michael Suchman and Ethan Ciment. They have a new cookbook out! 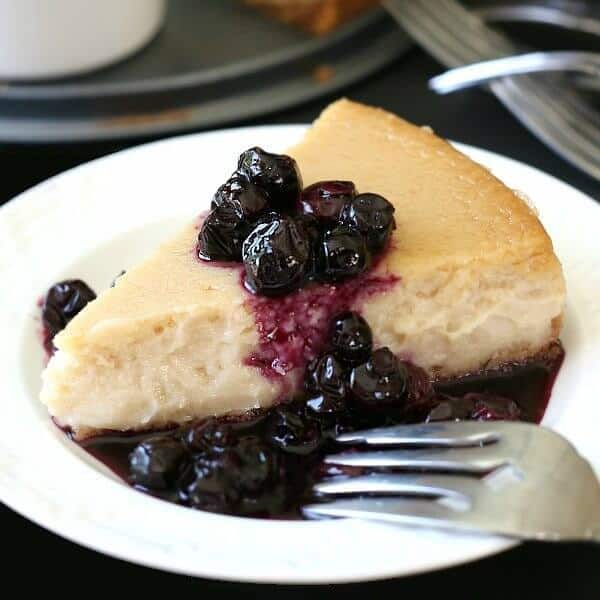 Starting with a springform pan gives the iconic baked cheesecake it's beautiful look.

I'm going to veer off topic a bit here. There's another amazing dessert on the blog using a springform pan.

It's called Decadent Chocolate Torte and you've got to check out the ingredients. Here's a photo. 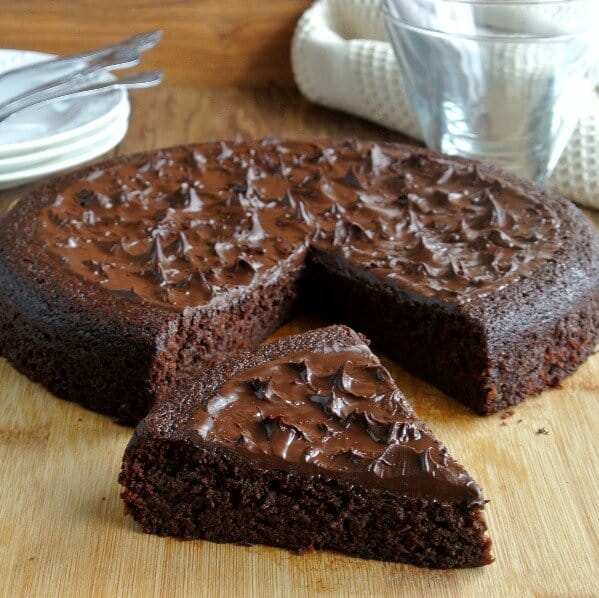 It's definitely a dessert for a special time. That's the way I think about this cheesecake too.

It takes some time to make although most of the time is leaving the cheesecake in the refrigerator for a while. I left mine overnight because I made it late in the day.

Blueberry sauce was my topping of choice but you can make any choice that you like.

Cherry sauce would be fantastic too! Maybe the second or third time I make it I'll go with strawberry or raspberry sauce.

I am so lucky that the guys from VeganMos are letting me share their recipe with you. It's only one out at least a hundred recipes that celebrate the famous foods of New York City.

I have ohhhhd and ahhhhd a couple of plant-based cheesecakes over the last year and have been wanting to make one - so  bad.

So here came this recipe and it was set right down in front of me.

Dreams do come true. The last piece was eaten last night and I really really tried to let my husband eat most of it. 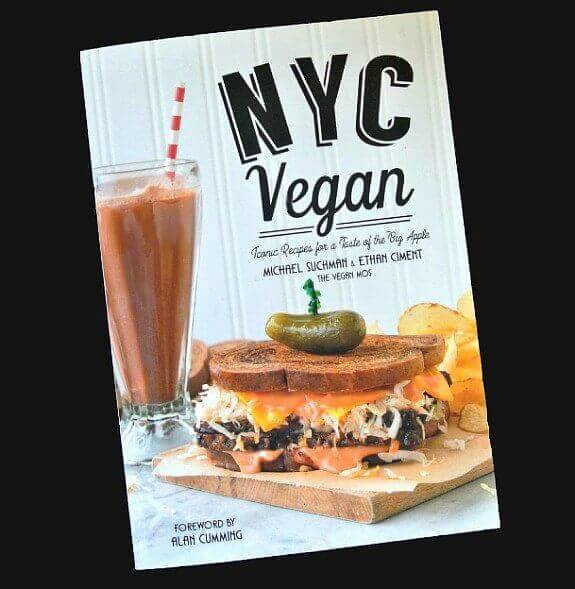 Let me tell you the titles of a couple of the other recipes in this book. How about Reuben Sandwiches and Knishes. Yep, they're in there.

Full-color photography of the recipes throughout the book too.

Above is a photo of the cookbook and below is the recipe. I hope you get to make this cheesecake very soon. It is wonderful! 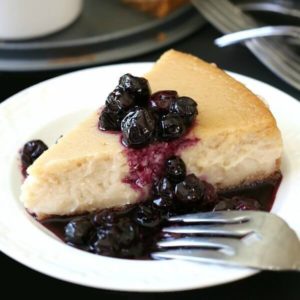 Store leftovers in the refrigerator for up to 5 days.

More recipes that star in New York and made vegan in this new cookbook: