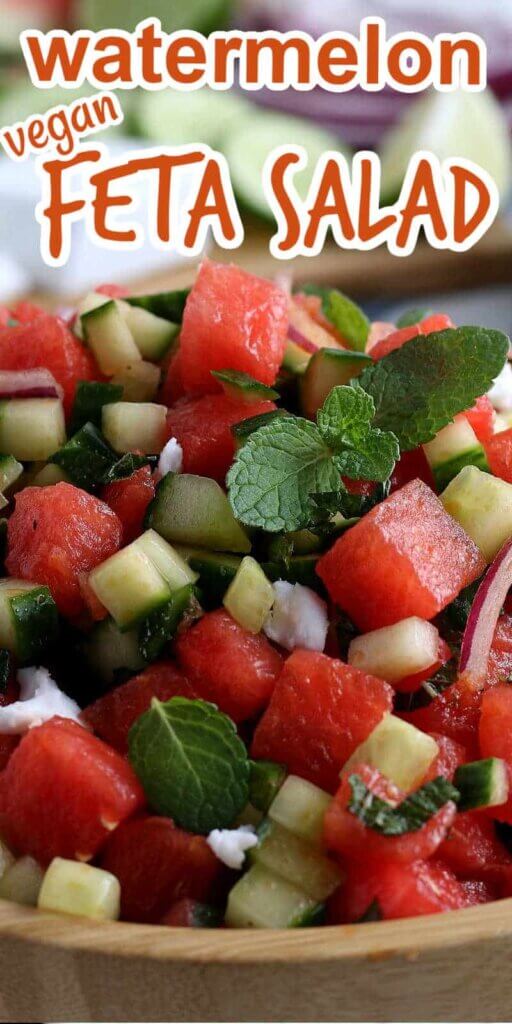 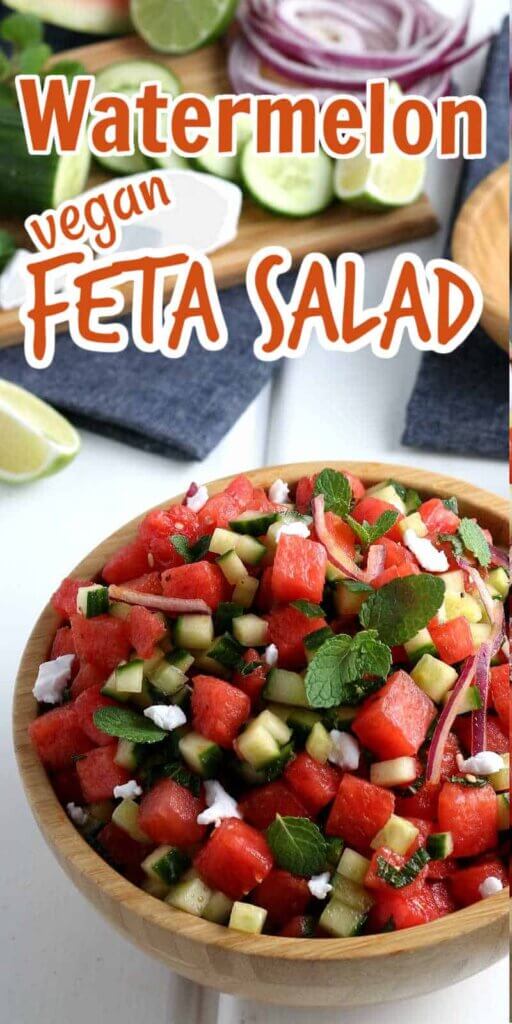 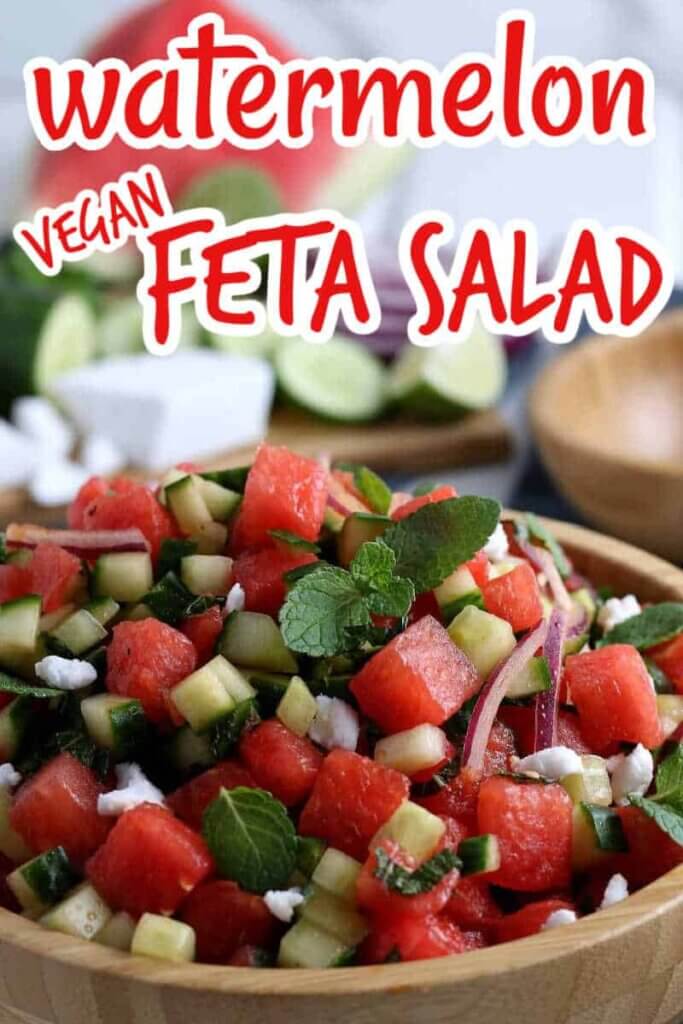 Watermelon feta salad is easy, fresh, and light. It comes with cucumber, vegan feta, loads of fresh herbs, and a zesty dressing!

Watermelon and feta cheese go really nice together and luckily there are some good vegan ones out there. You can make your own too.

The store-bought vegan feta that I like is by Violife. Miyoko has one too but I haven't tried it yet. I'm sure it's good!

There are a lot of ingenious things you can do with a watermelon. Making a lightly tossed salad is just one of them.

One of the first recipes I put on the blog was a Watermelon Citrus Popsicle recipe. It was in 2013 (wow!) and I've updated the photos since then but the recipe has not changed because it is still just as refreshingly delicious as always.

But to get back to this fresh salad recipe that has some wonderful complementary flavors.

You can actually stop right there and not even add a dressing but fresh mint, olive oil, and fresh lime juice taste really good with the mix too.

I added English cucumbers because they are also a refreshing vegetable. They are the cucumbers that are longer and thinner and are usually wrapped in plastic.

The reason I love using them is that they have thinner skin and are seedless. And if you have a problem, ahem, burping, then they are often referred to as burpless.

Don't get me wrong. You can use any cucumber that you like, you may need to peel them first though. I would.

🔪 How do you cut a watermelon

This recipe calls for three cups of watermelon but you can truly make as much as you like. If you come up with 6 cups for more people then go for it.

This little bit of dressing will stretch a long way too.

If you take a photo of your watermelon salad with vegan feta I would love to see it. Follow me over on Instagram and tag me on your photo @vegan_in_the_freezer. 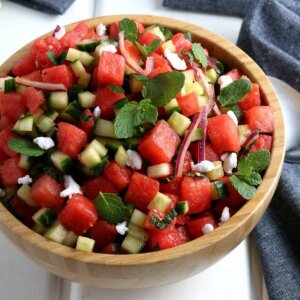