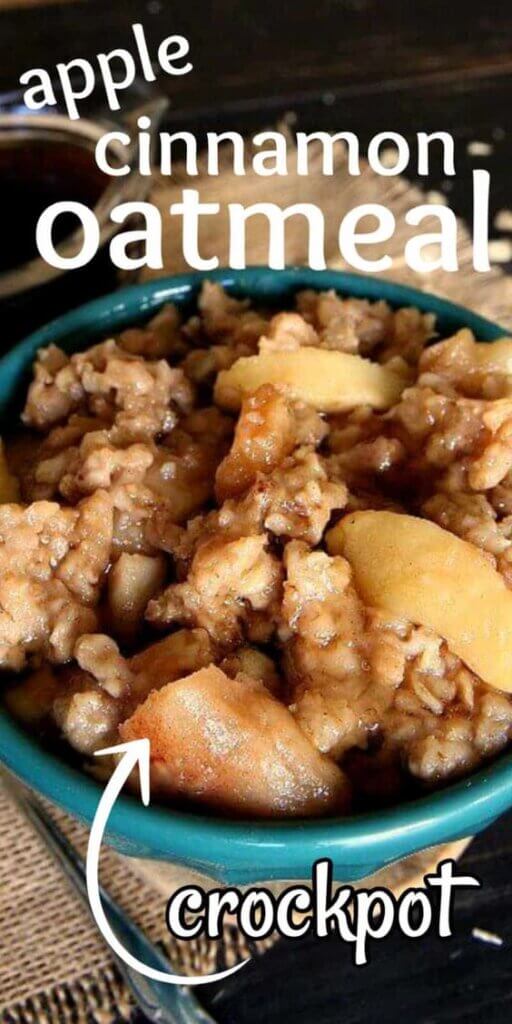 Slow Cooker Apple Cinnamon Oatmeal is so easy to throw in the crockpot at night. Then when you wake up in the morning you'll have a warm and healthy breakfast already. Fruit included!

Never underestimate the power of a great bowl of oatmeal. It sounds so simple but delivers so much comfort ... and satisfaction! I think I could have oatmeal every single morning and never get tired of it.

I will admit that sometimes, first thing in the morning  I just can't seem to get my eyes open enough to boil a pan of water.

It seems I can always stumble into the kitchen but then things might get limited after that.

Something I can do though ... I can open the lid of a slow cooker and scoop some fruity creamy hot oatmeal into a bowl.

All that's left is to pull out a spoon and relax over a delicious bowl of morning breakfast.

This next picture is of another slow cooker oatmeal and this time it's Irish. I just wanted to give you a peek before we move on to fruity oatmeal. 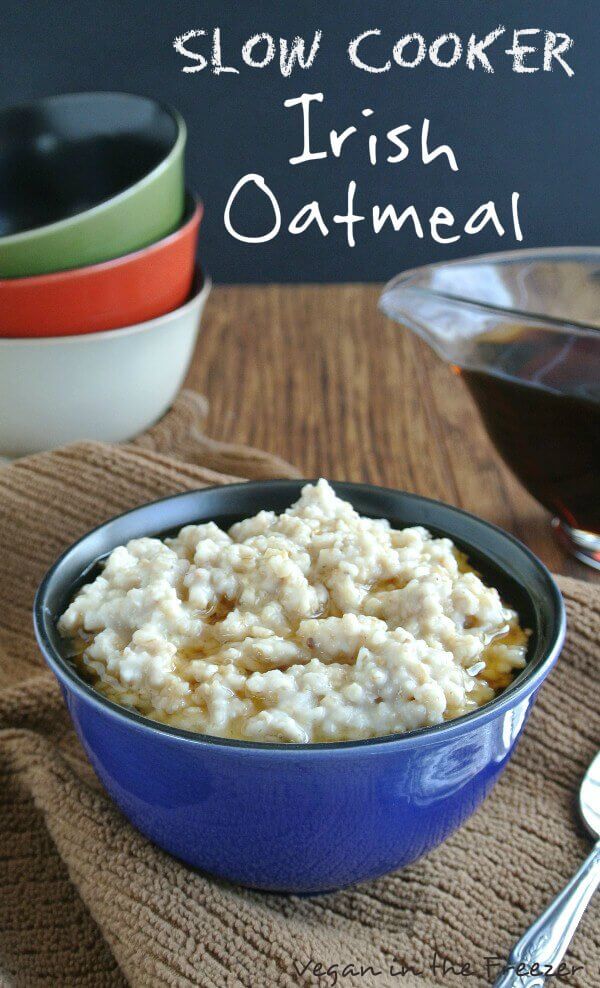 I'm sure you've had lots of bowls of oatmeal before. Have you ever had oatmeal with apples? It's a match made in heaven. Apple pie comes to mind.

Maple syrup comes to mind with oatmeal too. I've added it in these photos because it's just pretty but you really don't need the extra sweetener at all. Not that maple syrup is a bad thing.

I buy jugs of the stuff.

You can peel the apples but you don't have too.

Cut the apples into larger slices. I like to cut them in half and then each half into thirds or fourths. So, each apple will give your six to eight slices depending on the size of the apple.

Tree Top has an apple juice that has apple as the only ingredient.

If you like you can use half water and half apple juice.

You can sure double the ingredients but use a larger crockpot. 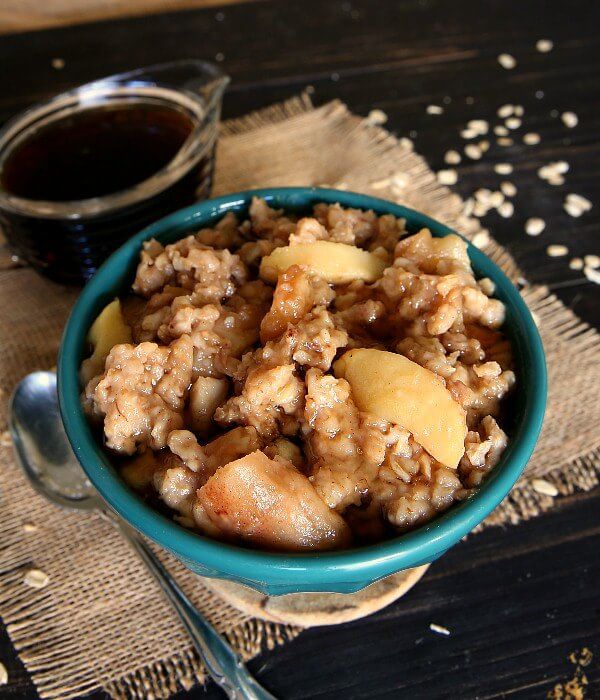 You know something else you could do? Add a few chopped dates. Right at the beginning with everything else. Wouldn't that be good! Like I said, I could eat oatmeal every day.

This may sound crazy but I have 4 different slow cookers. A 3 qt. one, a large one that has a removable insert for washing (love that one), an even bigger oval one and one was a gift. It's that short flat kind with two pots for a party.

Oh, yeah, I have a really small one too that's just for keeping dips warm. Something like this Slow Cooker Creamy Chili Dip. You don't have to keep it warm but it's really good that way too. Take a look! 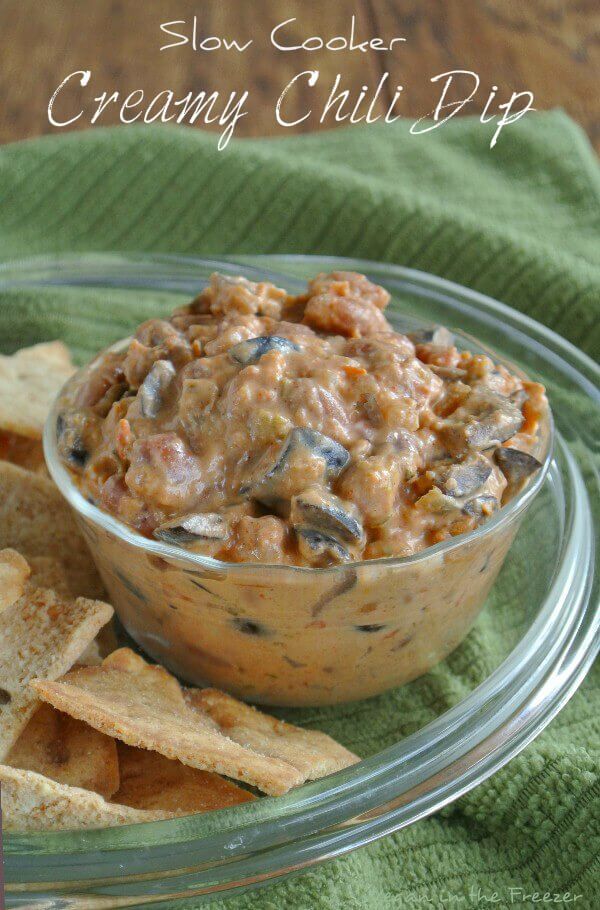 You can tell I'm hooked on crock~pots. They really do make life easier. I'm an absolute believer that cooking apple cinnamon oatmeal in the crockpot for your mornings is absolutely the way to go. So good!

Slow Cooker -You don't need a large crockpot for this recipe.

or - Slow Cooker, Programmable - I still don't have a programmable one but it's on my wish list.

Paring Knife - A small sharp knife makes dealing with fruit and veggies so much easier. 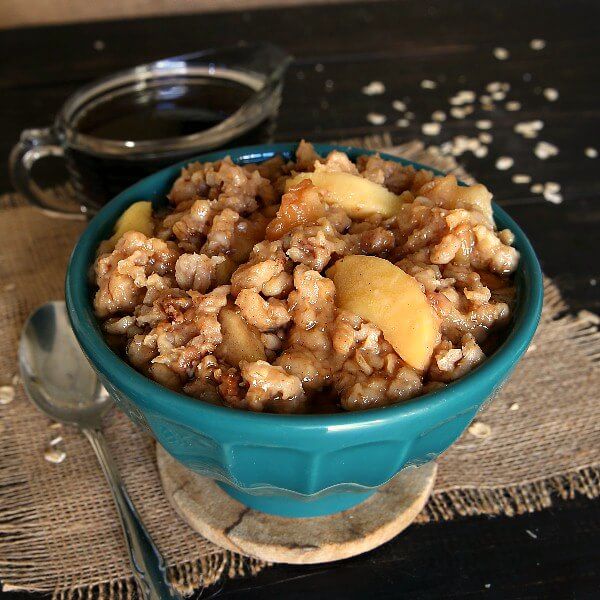 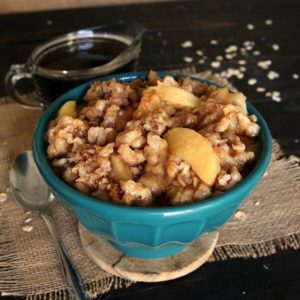 Ginny McMeans
Here's a super breakfast to enjoy and you can even have it for lunch. Slow Cooker Apple Cinnamon Oatmeal is easy to throw in the crockpot at night. Then when you wake up in the morning you'll have a warm and healthy breakfast all ready. Fruit included!
4.45 from 118 votes
Print Save Saved
Prep Time 5 mins
Cook Time 8 hrs
Total Time 8 hrs 5 mins
Course Breakfast
Cuisine Slow Cooker
Servings 4 Servings
Calories 335 kcal