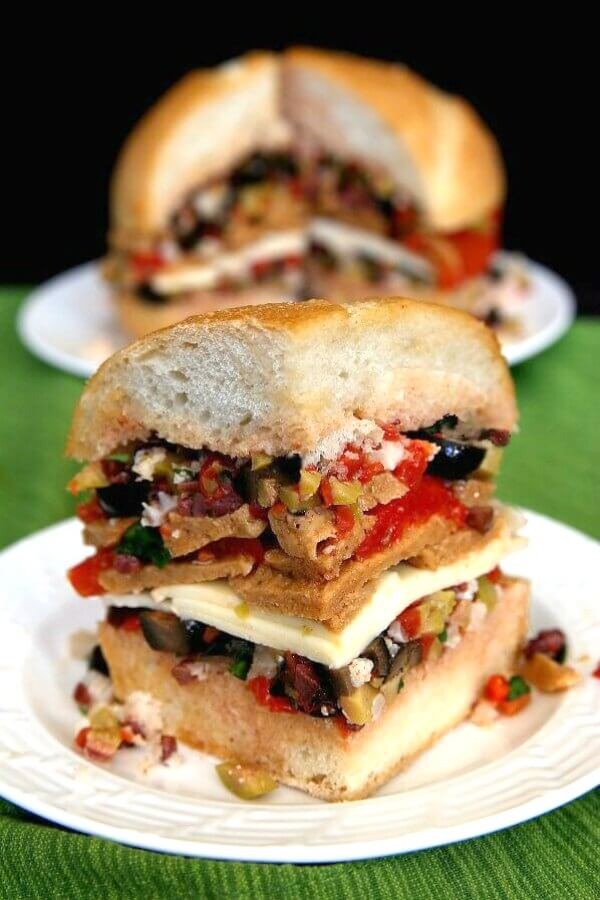 Vegan Muffuletta Sandwich is loaded with layers of flavorful ingredients. The main one being all kind of olives. It's just waiting for you to take a big bite.

The full name for this sandwich should be The New Orleans Cajun Olive Salad Muffuletta Sandwich. Mmmmm, that sounds delicious and fun all in one name.

Loaded with typical hoagie ingredients but it also has to have lots of olive salad. Naturally this sandwich is now completely vegan.

I thinly sliced seitan to mimic the original sandwich meats but that is an optional ingredient.

New Orleans Muffuletta sandwichs are made on one huge round loaf and then cut so that the serving is a loaded wedge of goodness.

I used a smaller size loaf that is about half the size of the typical boule loaf that you see in the grocery store.

There are more grocery stores having these smaller uncut loaves. I think it's because they have a bakery in back and it is easy for them to do. Not necessary though. A big loaf if the tradition.

This muffuletta is bringing back some very good memories. The majority of my family lives in California. My cousin got married to a southern girl and we were all invited to the wedding.

Little did that poor girl's family know that we are all travelers and we try to go to every major family event. So, over 20 of us flew to New Orleans for the the big occasion. 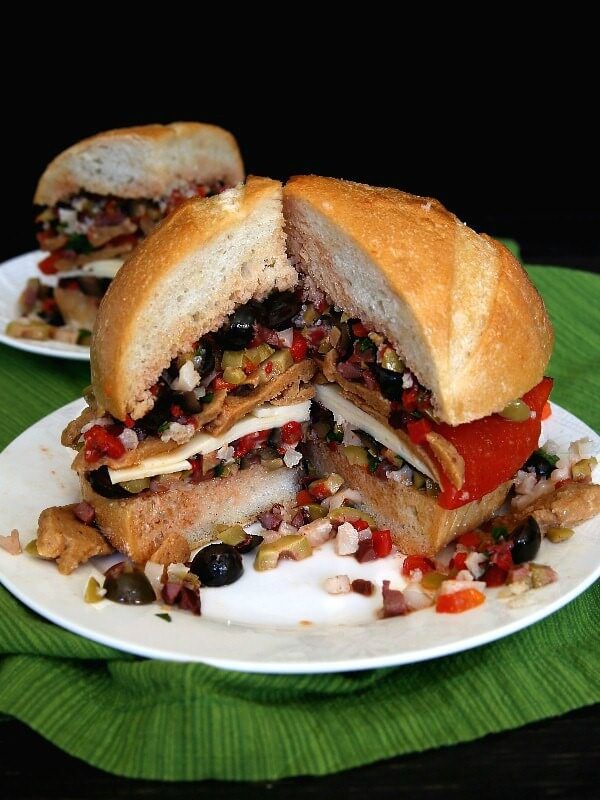 We rode on a paddleboat up the Mississippi, walked on Bourbon street at night, went to gardens, walked on the Moon Walk, took a boat into the swamp to see alligators, went to an antebellum home, attended parties before the wedding, went to the wedding and, last but not least, ate.

Breakfast lunch and dinner we ate! Such good memories. Restaurants everywhere! One of the many food take-aways I have is the memory of the Muffuletta Sandwich.

I made some changes to this recipe since I became vegan and the famous Muffuletta has also became vegan. Score!

What Kind of Bread is Used for Muffuletta?

How Do You Serve This Vegan Muffuletta Sandwich? 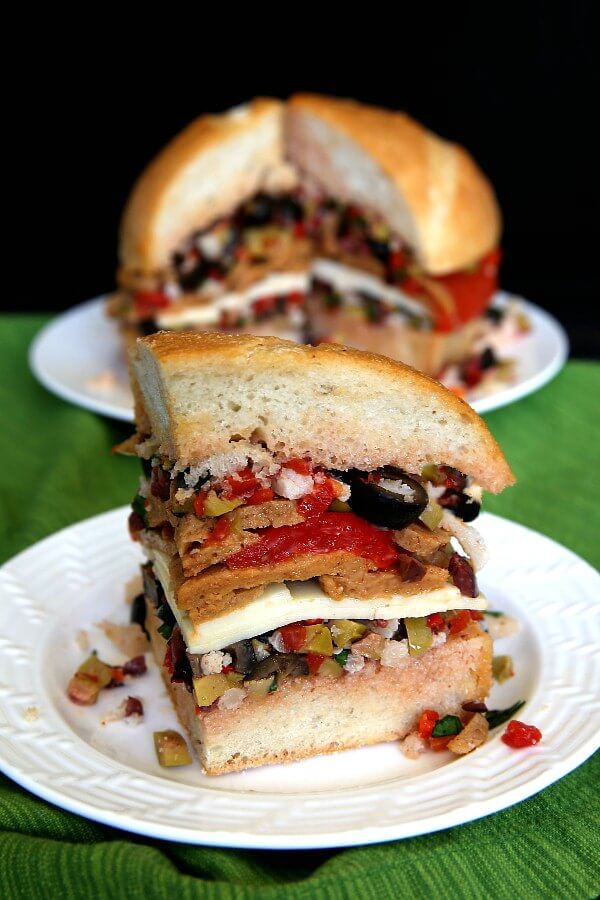 I don't want to take your focus off this beauitful and tast sandwich but I thought of another sandwich that I think you'll like.
It's roasted vegetables and layered thick.

The Roasted Vegetable Sandwich is something you shouldn't miss. The juices and flavors and just dang delicious!

I'll show you a picture way down at the bottom because I love to tempt people with gorgeous food. It's my calling 🙂 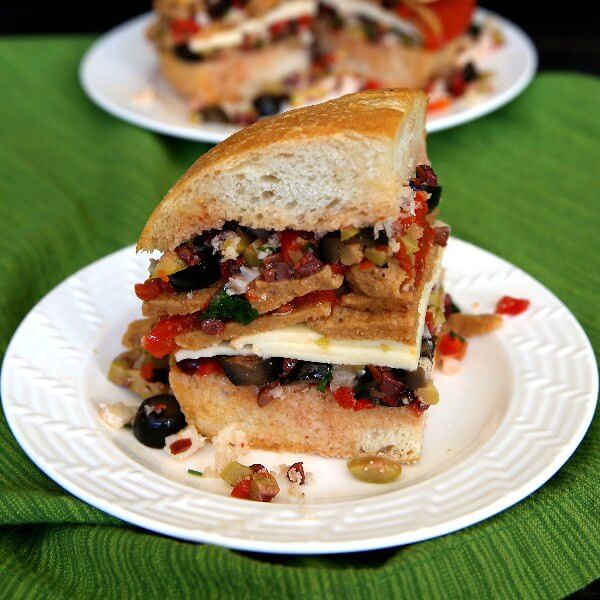 Connect with Vegan in the Freezer 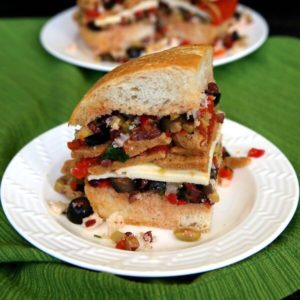 This helps the juices to be absorbed a bit into the bread.
Unwrap, slice and eat.
So good. 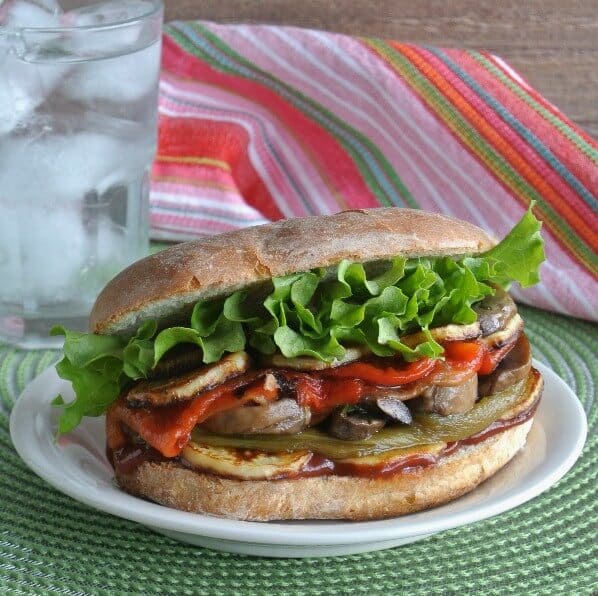