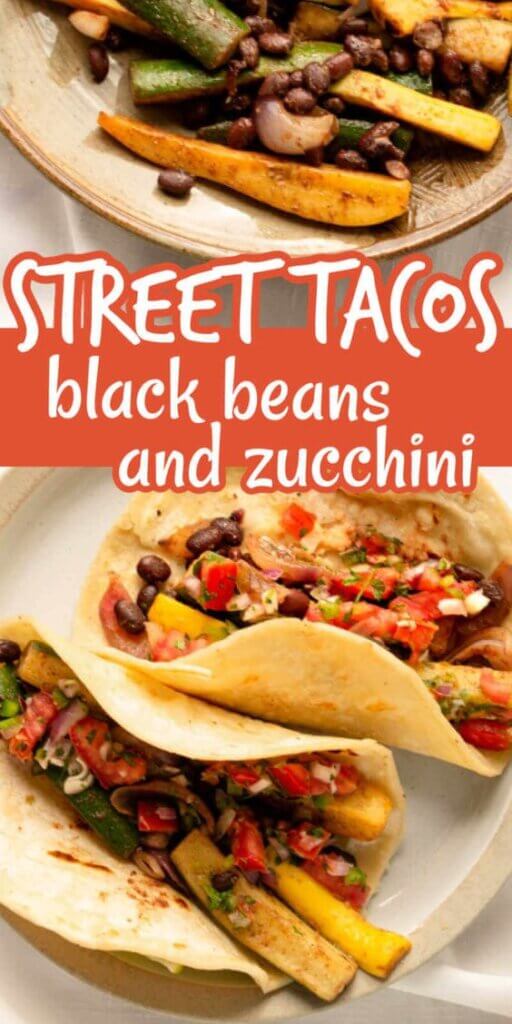 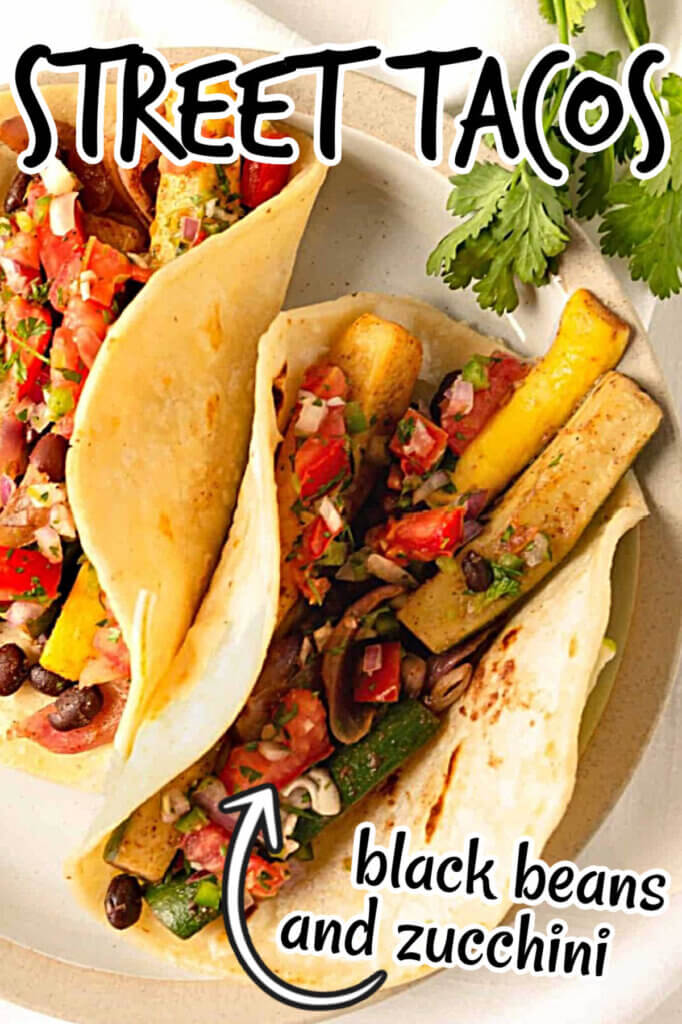 Street Tacos are small and loaded with homemade pico de gallo, black beans and zucchini for a delicious and casual feast. A meatless and authentic Mexican street tacos recipe.

Street Tacos are smaller softer corn tortillas than the regular hard-sided tacos we are used to.

Tortillas come in all sizes. From the little 5" size all the way up to 12". For this recipe use one of the smaller sizes.

An authentic Mexican street tacos recipe is loaded with lots of ingredients. One of the must-haves is pico de gallo and there is a homemade recipe for that in this post too!

Fresh vegetables are prepared just right and then piled on a small taco shell. That's what street tacos are all about.

🌮 What are street tacos

Street tacos are small corn tortillas that have been lightly fried. The size makes them much easier to handle when 'traveling on the street'. Lots of flavors and textures are piled inside for a good quick meal.

Street tacos are almost universally open-faced, showing off their various contents, and are folded and consumed in a handful of bites.

💭 Is cinnamon used in Mexican cooking

Mexican cooking relies heavily on cinnamon in cooking both sweet and savory recipes.

Think Mexican hot chocolate and churros. Many homemade taco seasonings have cinnamon in them too.

Mexican cuisine often uses a cinnamon that is called Ceylon cinnamon. It is actually healthier than the ground cinnamon that we typically buy in supermarkets.

Ceylon cinnamon is anti-inflammatory, and is an antioxidant, and it's claimed that it can even lower your blood sugar. You can buy it here too and can even find organic varieties.

🌶 Can a milder chili be used

Yes, you can use any chili that you like but hot ones are authentic so that is why they are in this recipe.

Filling and pico de gallo store well in sealed containers in the fridge for 1-2 days. Make tortillas fresh each time.

If you take a photo of your spicy zucchini street tacos I would love to see it. Follow me over on Instagram and tag me on your photo @vegan_in_the_freezer. 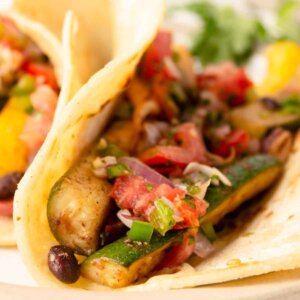 The filling and pico de gallo store well in sealed containers in the fridge for 1-2 days. Make tortillas fresh each time.