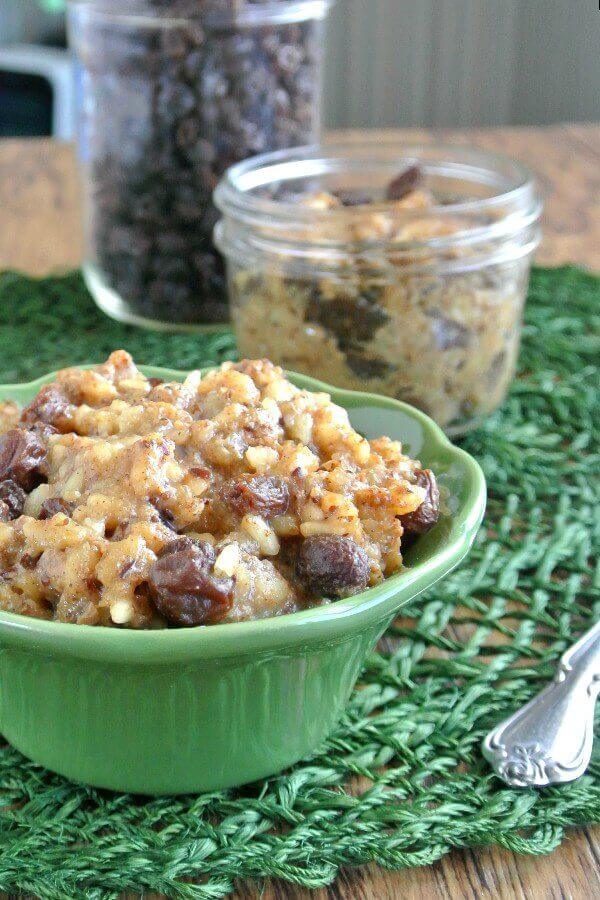 Slow Cooker Rice Pudding offers you the chance to be lazy and get a delicious dessert all at the same time. Sweet and warm and great with morning coffee too.

Slow Cooker Rice Pudding offers you the chance to be lazy and get a delicious dessert all at the same time. I think I have become a crockpot addict.

For some reason, over the last few months, I have been experimenting with unusual recipes. Yes, some are beans but not many.

Not too long ago I showed you how to make Real Baked Rice Pudding but this recipe is 'real baked' in another manner. The slow cooker does it for you.

One of the many good things in this recipe is that I use dairy-free milk instead of conventional milk. That change alone gives you fewer calories and more plant-based nourishment.

I originally made this recipe in 2014. How time flies! None of the ingredients have been changed because it's basically just a good recipe. You're going to love it!

Just about every country! England and the United States have been making rice pudding since way back when. Both make slow cooker rice pudding.

Asia and Latin America also make this delicious dessert. I think it is popular worldwide because rice is such a nutritious and cheap staple.

The recipes are pretty much the same six ingredients with an addition here and there. 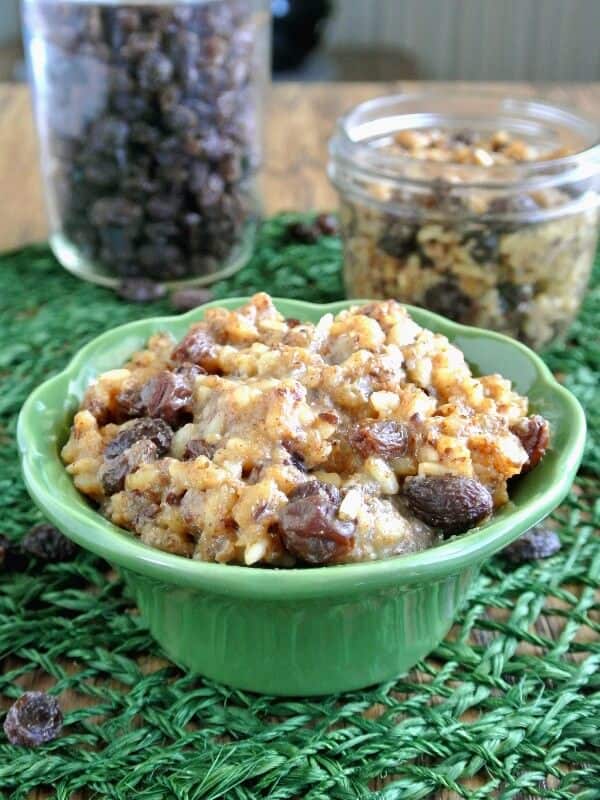 Which Rice is the Best Rice for Rice Pudding?

I've made vegan rice pudding with every rice I can think of and this Slow Cooker Rice Pudding is actually made with brown rice. Here's a list of the kinds of rice and they're not in any special order.

There's a chewier bite with brown rice and it works perfectly in the slow cooker with raisins.

The coconut sugar with cinnamon gives a richer sweet taste too.

You know that Real Baked Rice Pudding I mentioned above? Well, it's made with Arborio rice and is also amazing. You have got to make it sometime. 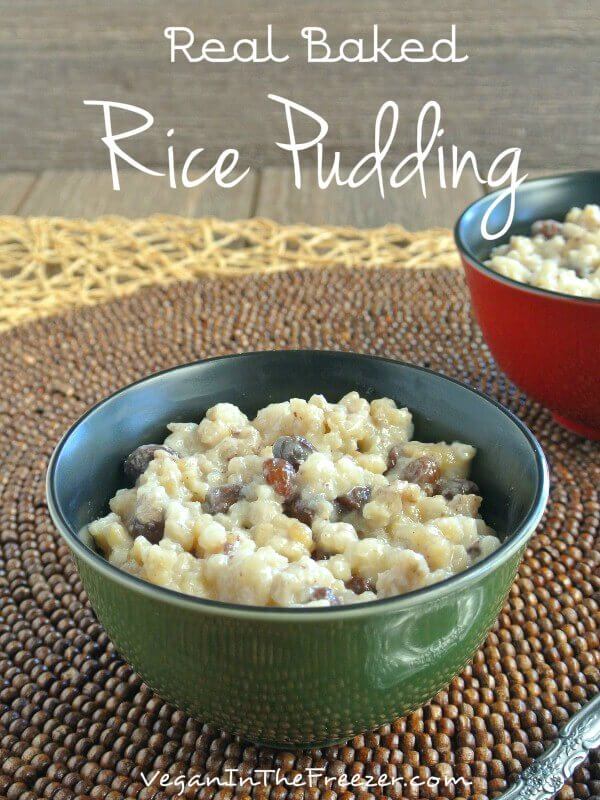 You can even see the difference in the rice with comparison in the photos. Very different and very delicious both ways.

This recipe for vegan rice pudding in the slow cooker is super easy. All you do is add seven ingredients to the crockpot and turn it on low.

It does better cooking on low so that it mimics the long slow baking of real baked rice pudding.

The instructions are the same for doubling or tripling the recipe. You just need to use a larger pot f you get too carried away. Not that that's a bad thing.

Especially since rice pudding freezes so well. How nice to take out a single serving of rice pudding from the freezer. You can enjoy a dessert whenever the urge grabs you.

You don't need a large crockpot for this recipe. A 3 qt. would be great and you could even double the recipe in a 3 qt. This one from Hamilton Beach is even programmable.

All you really need are measuring tools. I love this spoon set in stainless steel and this set has eight sizes! 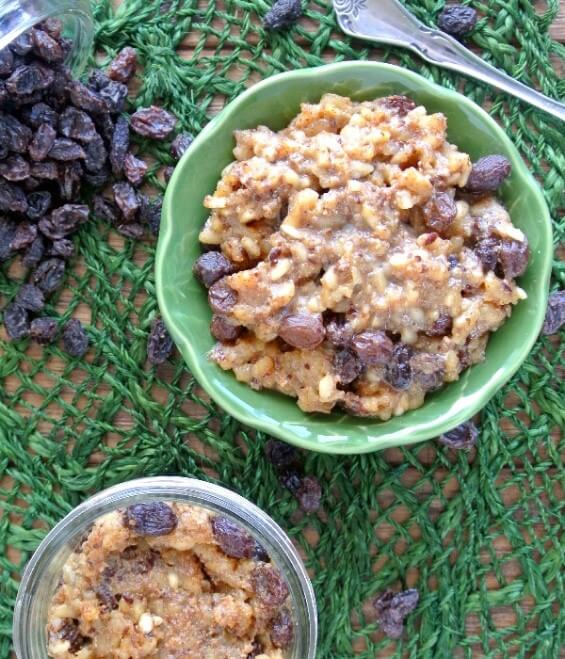 I hope you can make this dairy-free rice pudding soon because, seriously, the sooner the better. 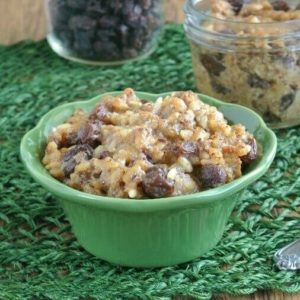 Package in rigid sided containers as defined in my article How to Prepare Food for the Freezer.

Remove from the freezer and let defrost in the refrigerator. You can heat the pudding in the microwave in about 2 minutes. Stirring about every 30 seconds. 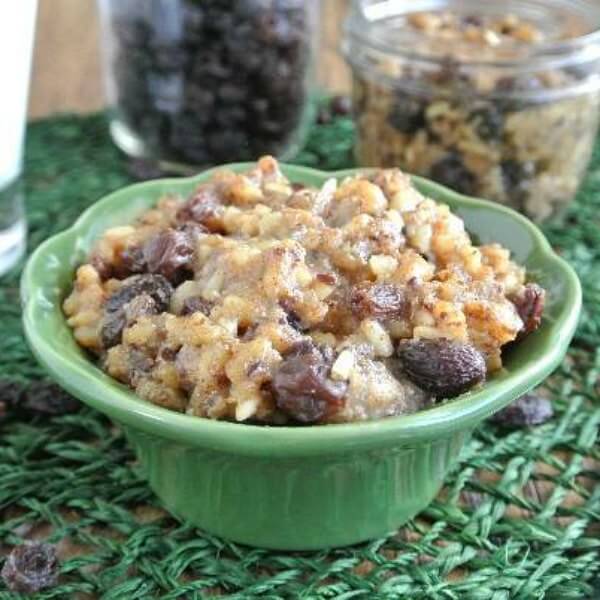 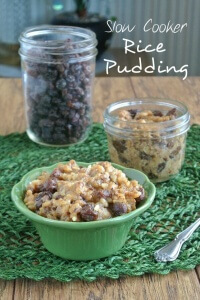 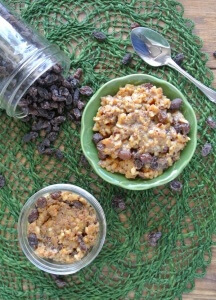