×
You are here: Home / Side Dishes / Rainbow Veggie Hashbrowns
Jump to Recipe - 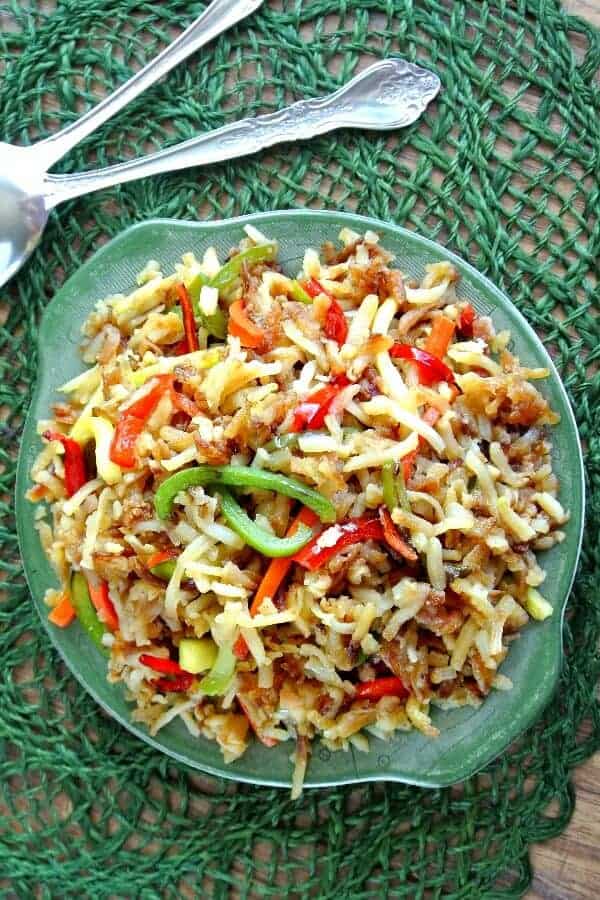 Are you trying to think up a new easy side dish that you can serve at your next meal or gathering? Well, how about Rainbow Veggie HashBrowns?

At huge holiday brunch/dinner parties many people, whether family or friends, bring something to share at the feast.

We have three to four side dishes to make sure all the bases are covered and one has to be the all-important potato. Sometimes even two different potato dishes. 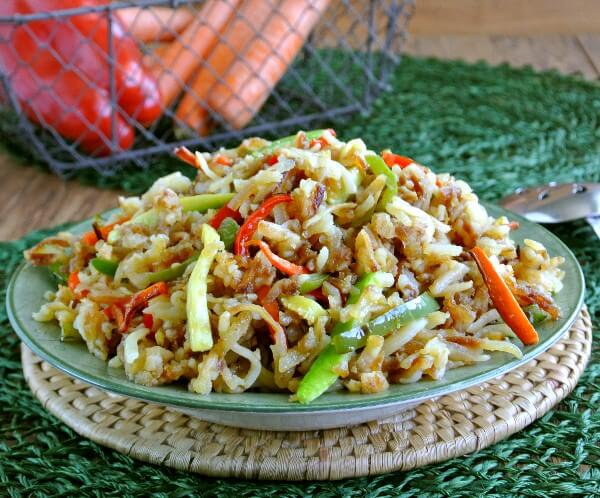 I think that Hashbrowns are always great.

Ed loves it when I fry shredded hash brown potatoes (he knows right where they are in the grocery store, halleluiah) so I am accommodating him with a little something added to make it festive.

Lots of pretty thinly sliced veggies. All pan-fried and really quick and easy. Rainbow Veggie Hashbrowns it is!

How Do You Julienne Carrots, Bell Peppers, and Zucchini?

I've explained a bit in the recipe card just in case you've printed it out but here are some helpful tips for safety.

When getting ready to julienne carrots, slice lengthwise down the center. Then lay one half on its flat side and start to slice. That keeps the carrots from rolling.

Prepare zucchini the same way. It is all just so much easier to handle.

Here's a view of how I handle the veggies. I don't use a mandolin for these because I like the veggies a little thicker. 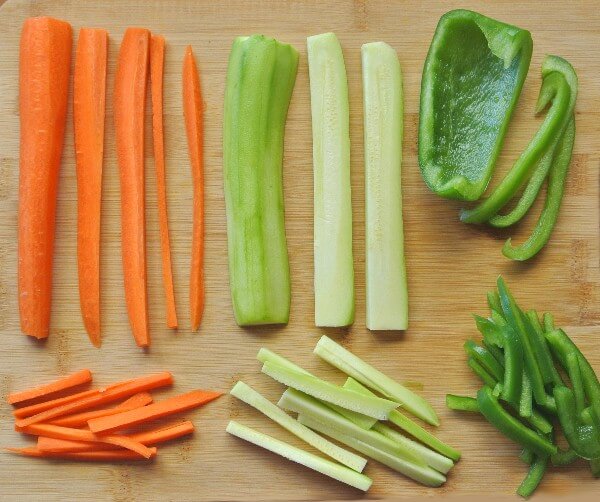 Now I've got a little story that I bet many of you have experienced too.

I was at the grocery store loading up my cart and, per usual, hitting the frozen food section last. So, I finish going up and down the aisles picking up pickles, olives, and nuts when all of a sudden, there's Ed, way down at the end.

He's looking around everywhere but at me. By the way, he is looking FOR me. I stand still so that it might be easier for him. 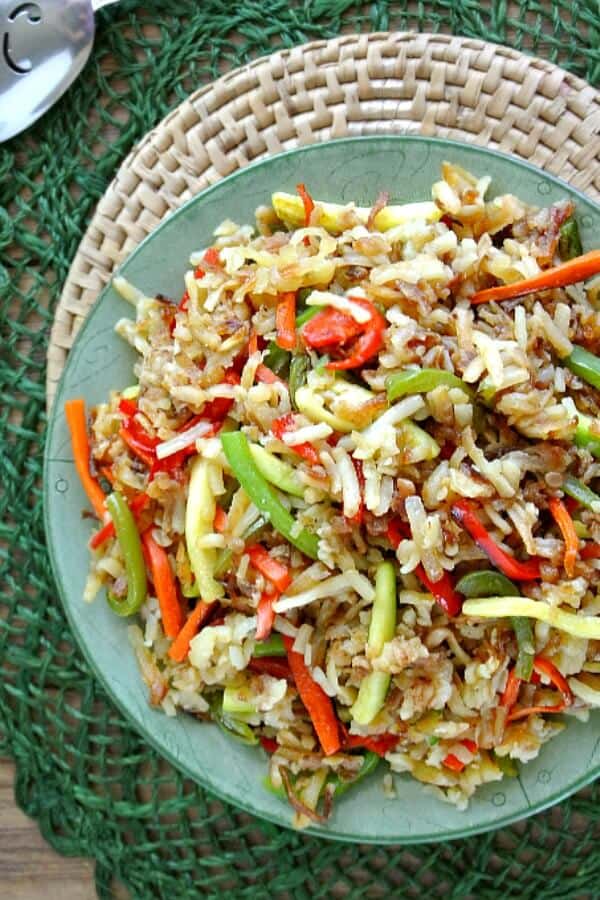 Nope, he's gone. It was even the exact right day and the right time of the day when the store wasn't jammed with shoppers either.

Been there before. So I am gazing in the hashbrown potatoes section and my cell phone rings. I hear "Where ya at?" It is so funny. My life, my love.

I tell him how to get back to the frozen vegetable area and we are again - one. 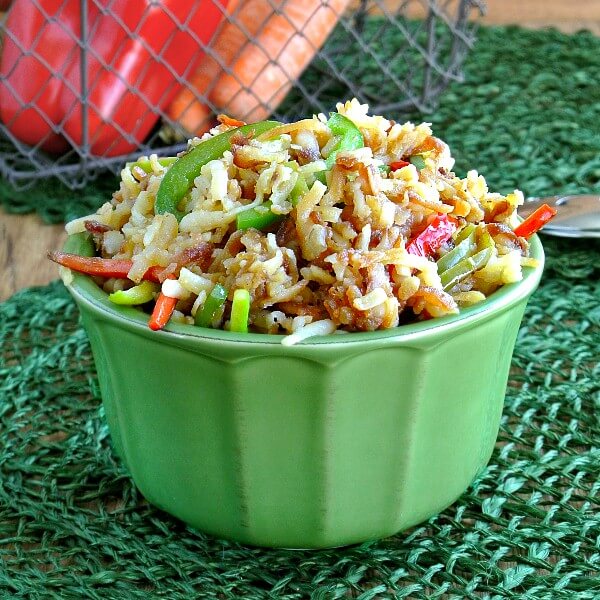 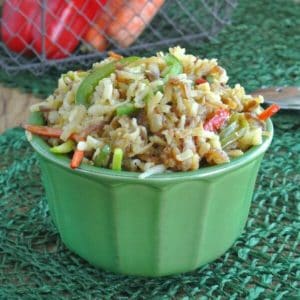 Serve up nice and hot on your brunch side table spread.

I am a potato addict. If I can make a new recipe starring potatoes then I am so happy. Want to see a couple more.

The scalloped potatoes are the most popular on the blog with the instant pot recipe giving it a good race. 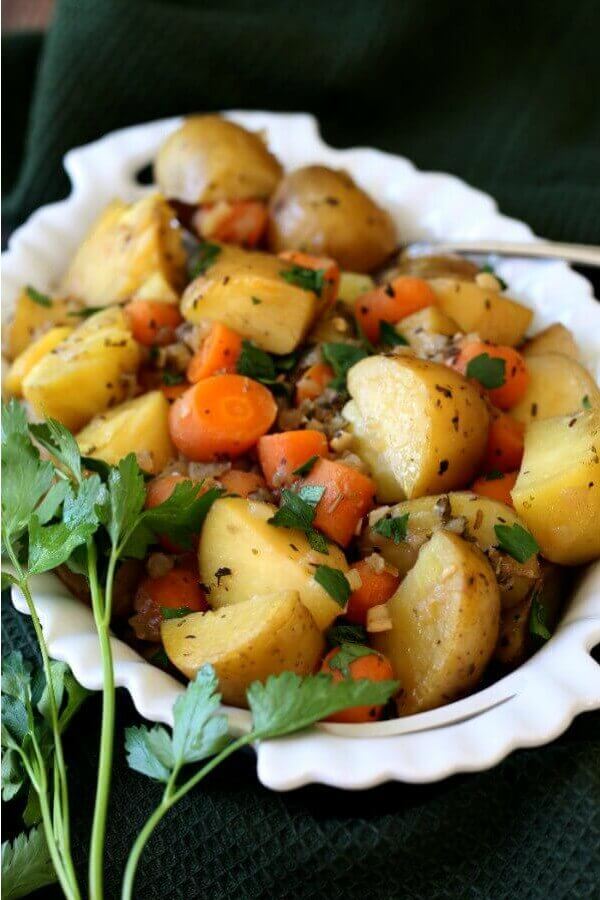 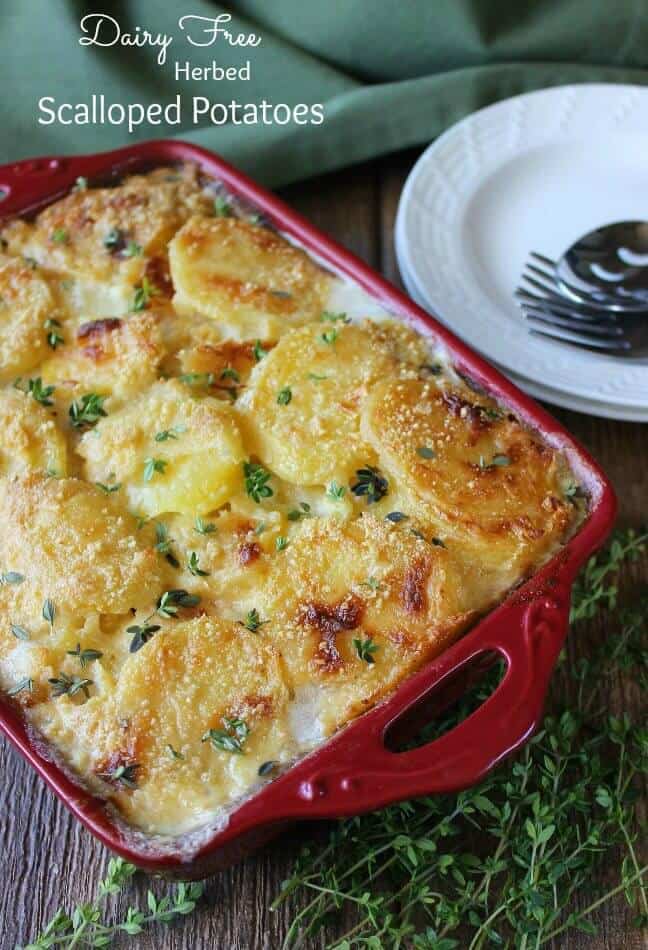 I think we all love visuals and they still do speak 1000 words. Here's one last picture of Rainbow Veggie Hashbrown Potatoes in a white serving dish. 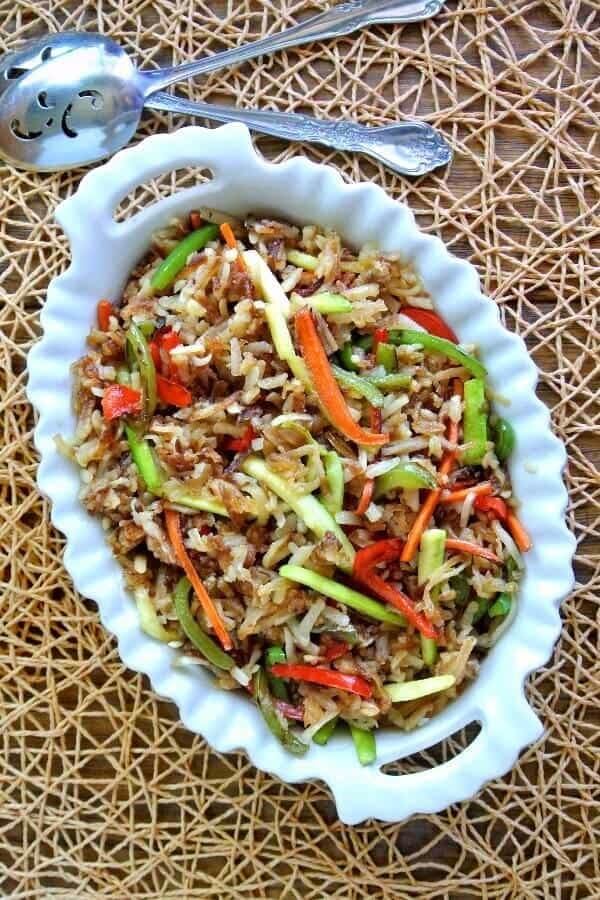