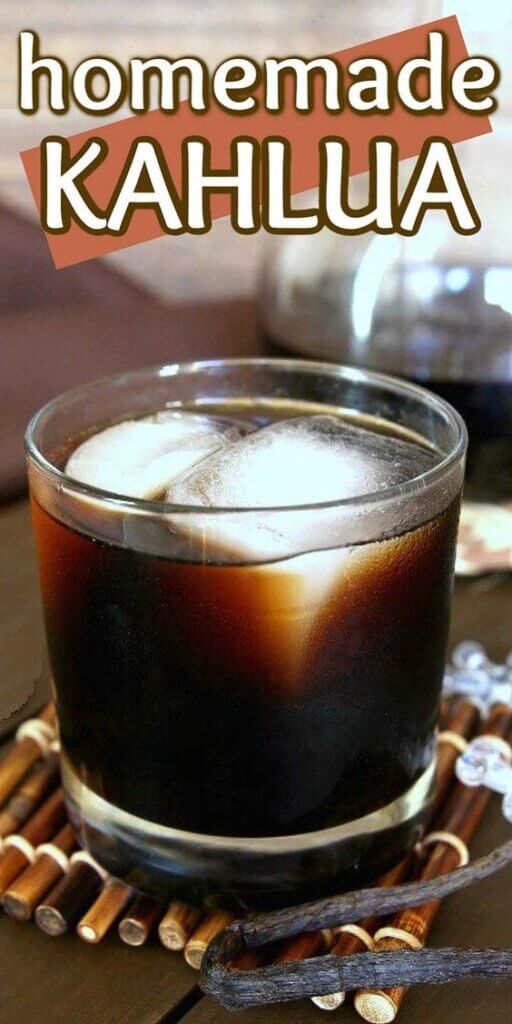 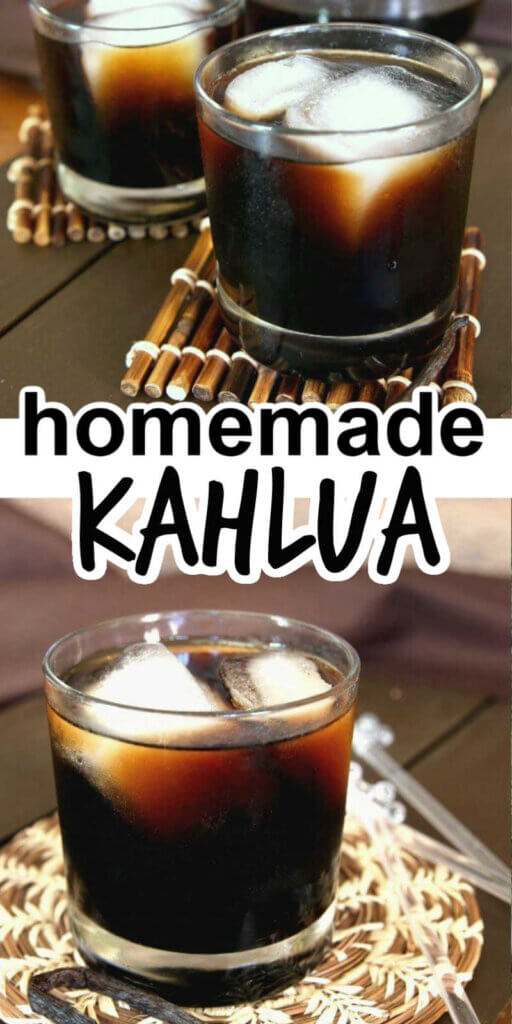 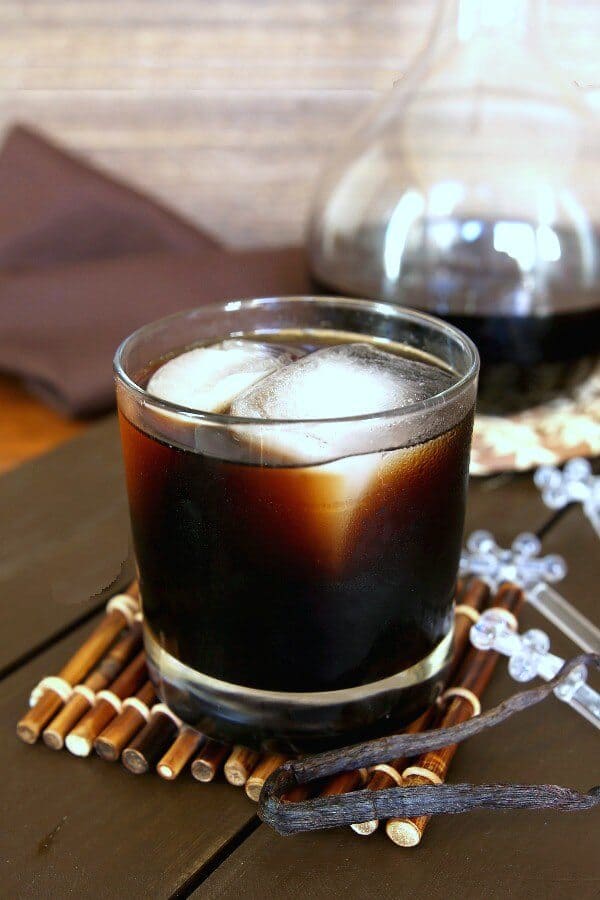 Homemade Kahlua has a simple and perfect balance of sweetness that is shared with coffee and rum. Doesn't it sound good already? Aged for 2 to 3 weeks.

Kahlua is a famous coffee-flavored liqueur made from freshly brewed dark
roast coffee, sugar, vanilla beans, and rum or vodka. It's smooth, creamy,
and delicious and goes great with coffee or vegan ice cream. Kahlua can
be served chilled or on the rocks and is often used in cocktails such as
white Russians or mudslides.

Homemade Kahlua Coffee Liqueur takes a little effort and the rewards are huge. All you do is put 4 ingredients together and then let it age for about two to three weeks.

The result? A perfect coffee-flavored liqueur that is excellent for sipping or mixing in many recipes that call for a celebration.

It makes a wonderful sipping cocktail.

The holidays are coming up and if you get this Homemade Kahlua recipe going on time you could pour it into beautiful small bottles and give it as gifts.

You could even tell them that it has to stay bottled another week or so for the aging to complete.

What liquor can I use to make Kahlua

Homemade Kahlua brings back warm memories for me. Not that I got to drink it but I got to share the time with my mom while she made it.

Well, don't get me wrong. I did get a sip and even at 16, I knew Kahlua was a special drink.

I have mom's original recipe that is written on scratch paper - it is a bit dirty and I cherish it.

That recipe is now this recipe for everyone to have. Believe me, it's been tried and tested many many times.

For about 50 years. It's that good and a real family tradition.

This Kahlua can also be used in any of your dessert recipes that call for Kahlua.

If the word Kahlua is in the title of a dessert it just sounds like something special. One recipe I have on the blog is called Kahlua Truffles.

They just seem too special for everyday snacks. That sweetened coffee rum liqueur really puts that treat over the top.

I mentioned the holidays so my Copycat Baileys Irish Cream Whisky recipe could be a recipe you'd like to try too.

You've probably heard of the cocktail, a White Russian. That is made with one-ounce of Kahlua and a splash of cream. In our case dairy-free cream.

It's that easy and is very very popular too.

Want to make some homemade Kahlua?

No freezing is necessary. It will keep -almost forever- meaning until you drink it all.

Joking aside it keeps about 3 years.

How Long Does Kahlua Last?

Kahlua has a shelf life of about two years. The alcohol content acts as a
preservative so that the liqueur will last for quite some time. Once opened;
however, Kahlua will start to lose flavor after 6 months. If you're unsure if
your Kahlua has gone bad, look at it. If it has changed color, is starting to
look cloudy, or has an unpleasant odor, then it's probably time to toss it.

Kahlua has a rich coffee flavor with notes of chocolate and vanilla. It's
sweet but not too sweet and smooth and creamy. Kahlua is also very
versatile and can be used in a variety of cocktails or simply enjoyed on its
own.

Where is Kahlua Made?

Have you ever wondered where Kahlua is made? You're not alone! Even
people who love the coffee-flavored liqueur don't always know its origins.
Wonder no more! Kahlua is made in Mexico and is currently owned by the
French company Pernod Ricard. Kahlua has been produced in Mexico
since 1936 and is sold in over 180 countries worldwide.

How do you make a White Russian?

More liquor is added to the finished Kahlua and a heavy splash of dairy free unsweetened creamer is stirred in.

How do you make a Black Russian?

Just add more liquor to the finished Kahlua and pour over ice. 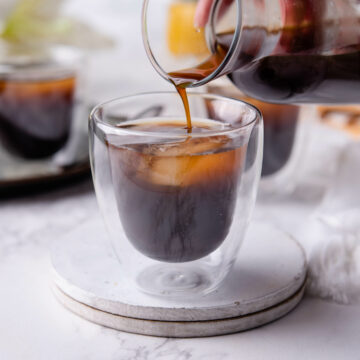 Sugar loses a lot of its measurement when it turns to liquid so you will end up with about 46 ounces of Kahlua.

Serving: 1CupCalories: 424kcalCarbohydrates: 90gSodium: 1mgSugar: 83gIron: 0.1mg
Tried this recipe?Let us know how it was!