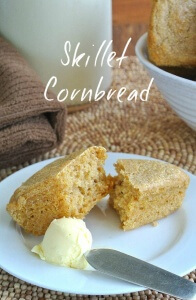 Skillet Cornbread comes from ‘the old days’ and is a great substitute for bread to go with big pots of beans, stews, and soups. A healthy updated version. 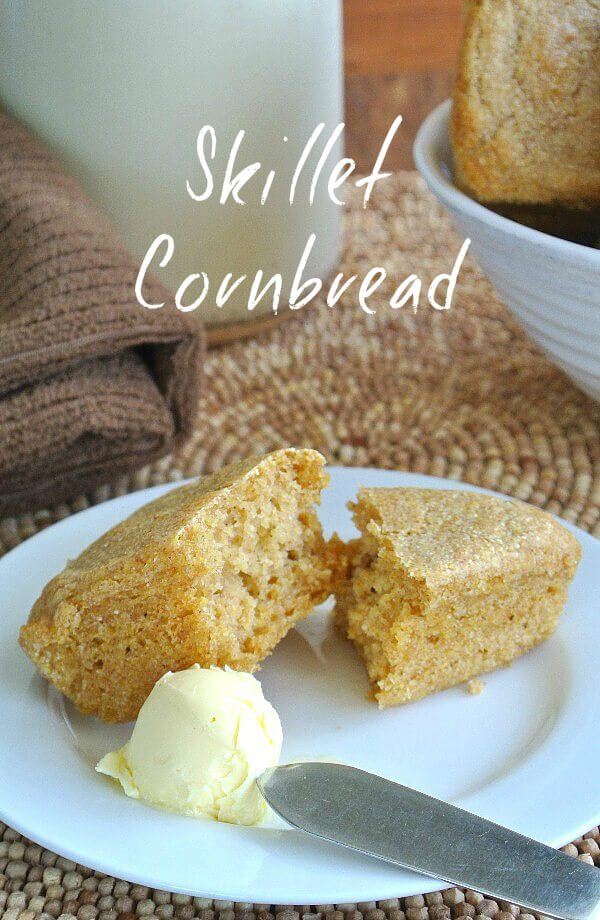 The old meets the new in this updated recipe for Skillet Cornbread. Baking cornbread in an iron skillet comes from way back when and was made with a few simple and inexpensive ingredients.

It took no time to make and was a great substitute for bread to go with big pots of beans, stews, and soups.

I have an antique wedge skillet but you can use any kind of iron skillet that you have. There are also corn pone skillets that have indentations that look like ears of corn.

A round iron skillet works great – you just cut the bread into wedges after it is done baking. I would say to NOT use an iron skillet that was larger than 8 or 9″ in diameter for this recipe.

I also can’t help but tempt you with some other cornbread recipes. Green Chili Cornbread fills the bill for Tex Mex cuisine. 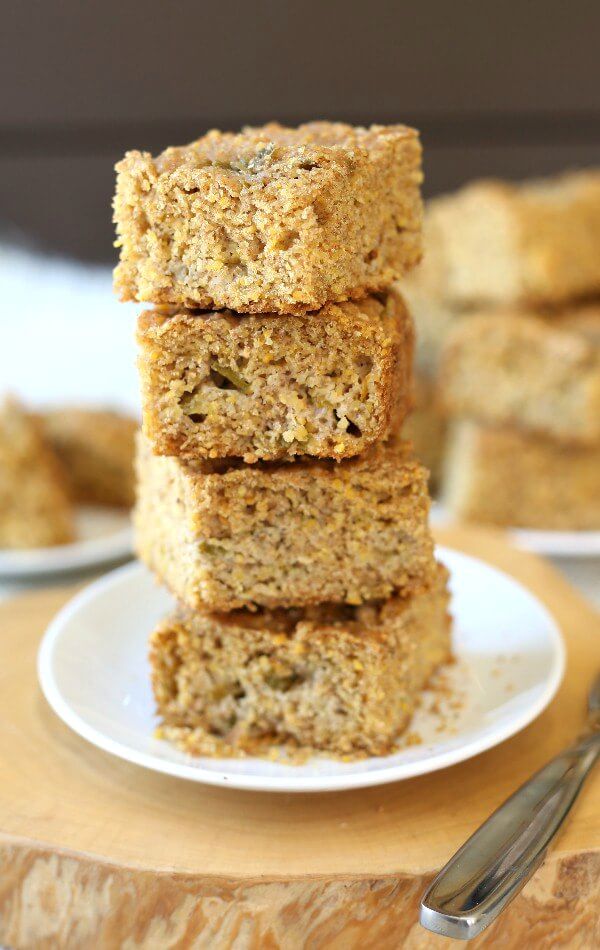 And then there’s Cornbread Corn Muffins! The ideas are almost endless. I even have Date Pecan Cornbread that is super delicious. So many versions in so many shapes.

You’ve got to dive into this skillet cornbread recipe though because it’s so simple and a true classic. 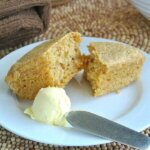 You can freeze skillet cornbread very easily. I would probably pack it in a freezer bag and then slip it into another freezer bag.

The cornbread defrosts quickly so it really doesn’t take any planning. Just take out of the freezer and put in the refrigerator the night before. 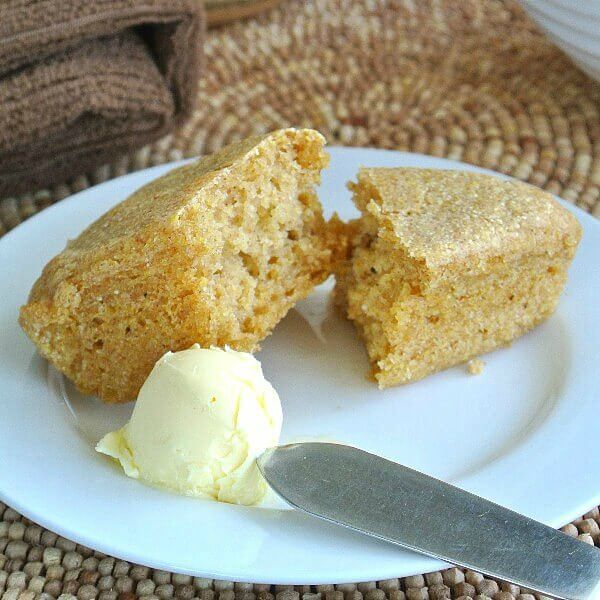 Hi, my name is Ginny and it is fantastic that you have come to see my blog, Vegan in the Freezer. The recipes feature healthy and delicious vegan food that you can enjoy now or freeze for future meals.
Read more about me . . .

BUY MY COOKBOOKS –
YOU’RE GOING TO LOVE THEM!.

CLICK ON THE PHOTOS BELOW
TO CHECK THEM OUT!

Vegan in the Freezer is a participant in the Amazon Services LLC Associates Program, an affiliate advertising program designed to provide a means for sites to earn advertising fees by advertising and linking to amazon.com.