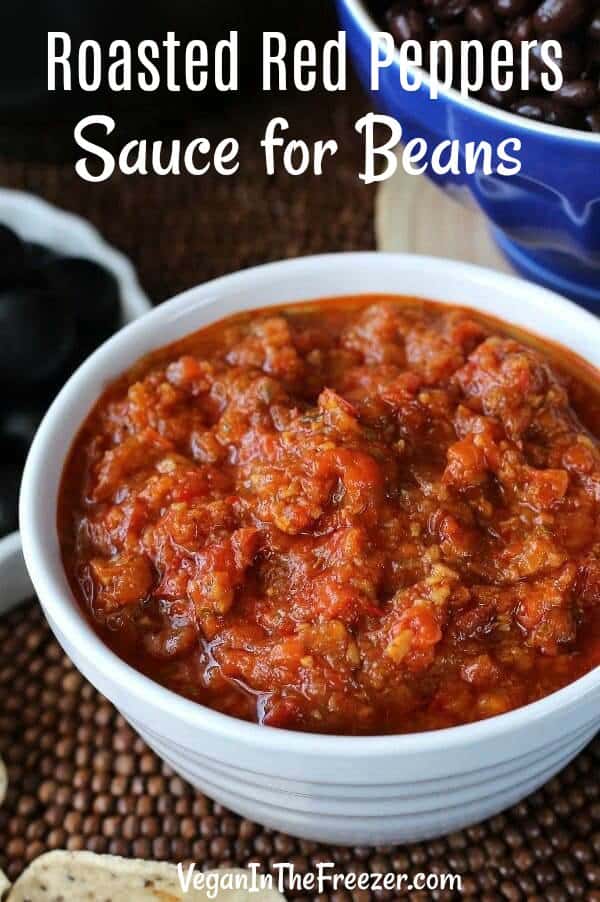 Roasted Red Pepper Sauce is an irresistible and unusual Caribbean recipe and a must have for your condiment list. Traditionally a sauce for beans but it is a great relish for crostini toasts and bean burgers. 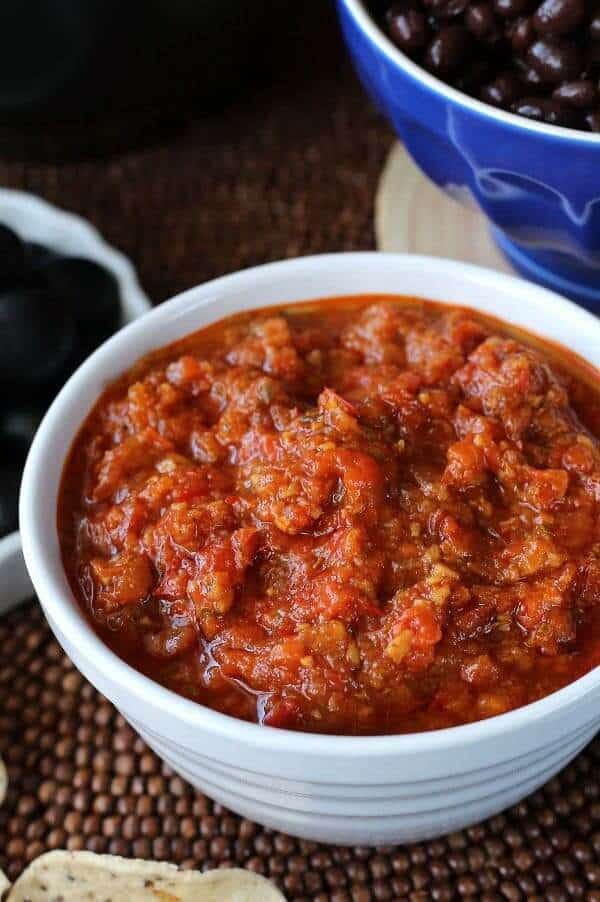 This is an incredibly tasty and versatile roasted red pepper sauce. You are going to love this big bowl of deliciousness that just happens to have a great combo of flavors.

The idea comes from the Caribbean, Cuba to be specific, where this is traditionally served with black beans. Can you imagine? It is also a condiment that seems to have endless uses.

It would also be fantastic on Black Eyed Peas from the Slow Cooker too and I even have this sauce dolloped on them in a photo over on that page too. 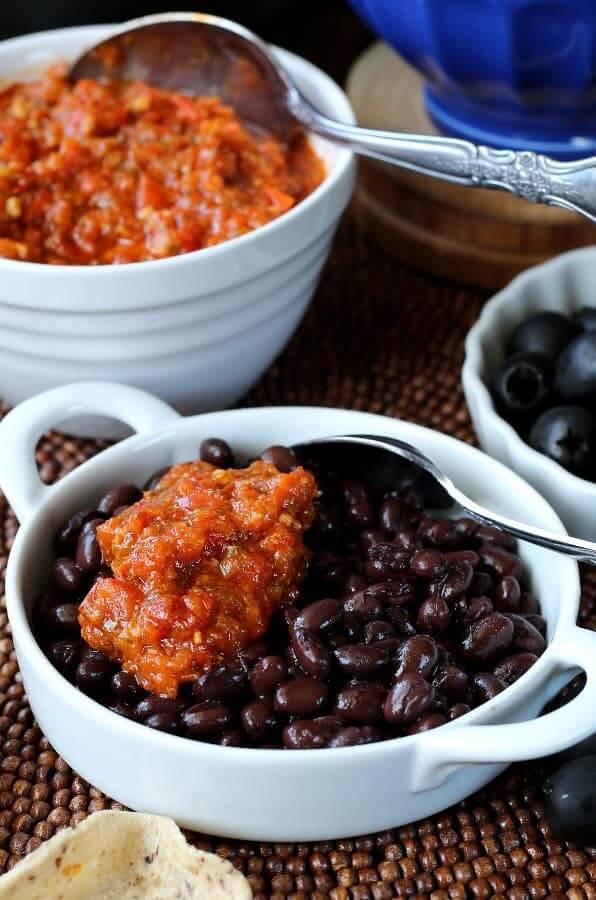 How to use Roasted Red Pepper Sauce 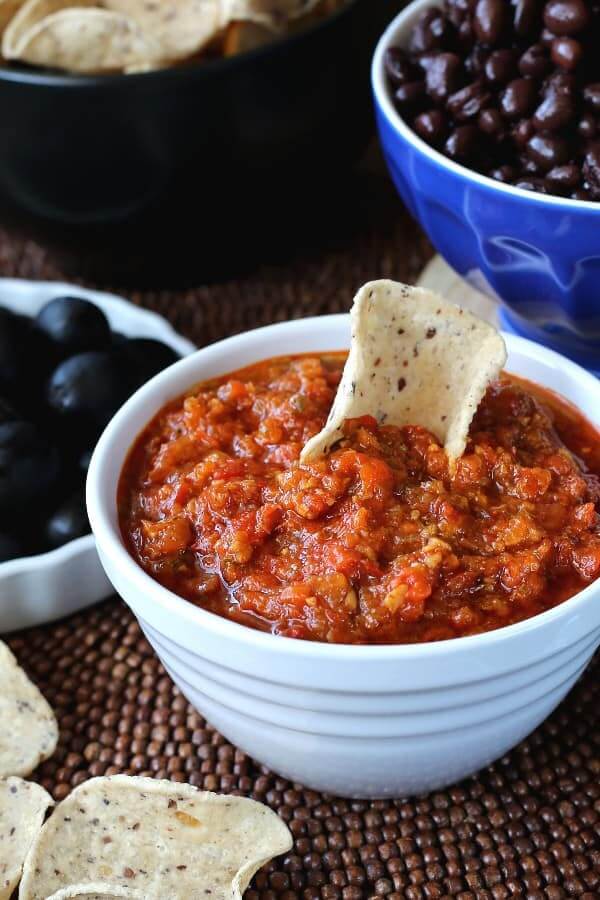 I’ve made this recipe with both roasted jarred peppers and homemade roasted peppers.

Either way, the finished vegan dipping sauce is delicious but if I have time and the price is right for fresh red bell peppers I really do love to make this sauce from complete scratch.

It’s so simple and I’ve included how I do it below.

How to Roast Red Bell Peppers and Chef's Tips 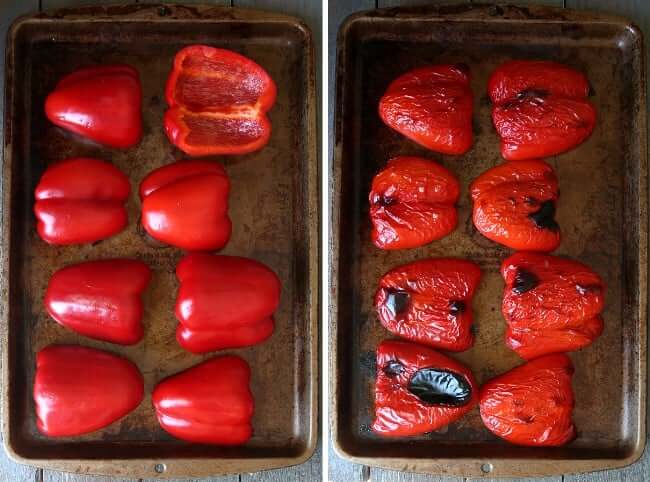 If you have an excess of fresh summer tomatoes in your vegetable garden then feel free to use some of those and chop them up. But canned plum tomatoes work really well.

I do prefer plum (Italian) tomatoes though. That is what I grow in my garden too. 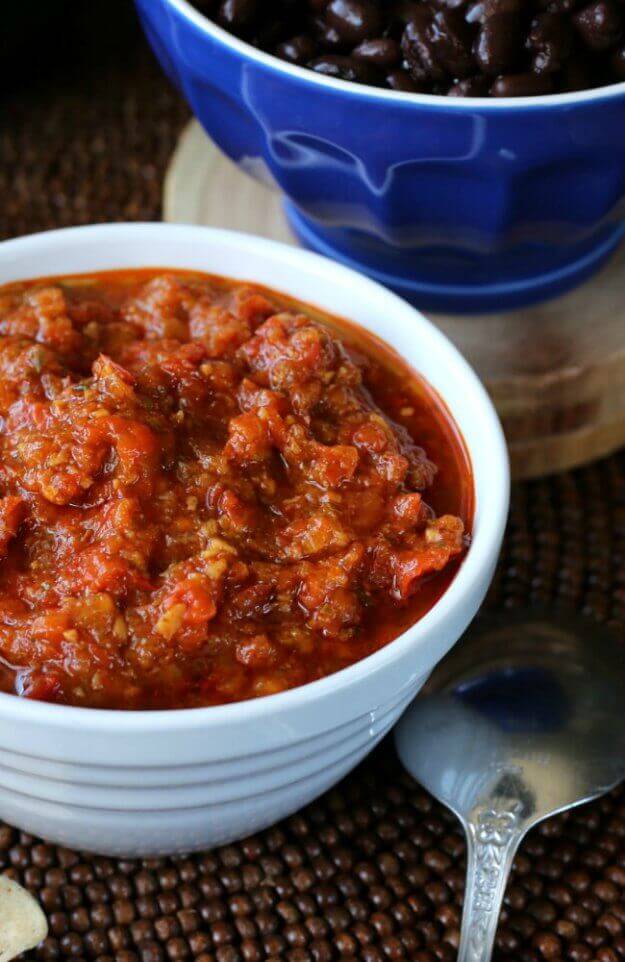 The only thing I’ve added to make an authentic recipe is a tad of maple syrup and herbs like oregano, black pepper, and cayenne pepper. They all definitely spruce up the flavors.

It is hearty, sweet, spicy, bright, and so fresh. And you can process the sauce for beans from incredibly smooth to wonderfully chunky, your choice! Either way works great.

At the bottom of this page, you'll see a photo that I took of the sauce processed to a smoother consistency—so that you get an idea.

It's in freezer jars because the sauce also freezes beautifully and the condiment is also exactly what is needed on any bean burger.

I often use this Caribbean Bean Sauce on my Lentil Burger Sliders. What a nice surprise to have another healthy topping that is versatile and delicious. 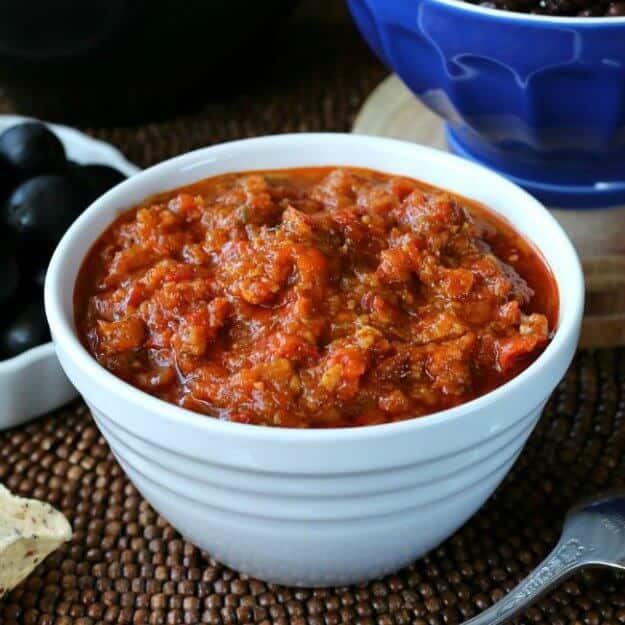 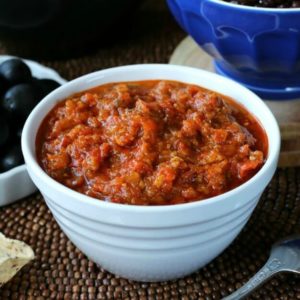 IF FREEZING: Let cool to room temperature. Package in rigid sided containers (I use small freezer jars) as defined in my article Preparing Food for the Freezer TO PREPARE AFTER FREEZING: Remove from the freezer and put in the refrigerator for 6 to 8 hours. When serving - Loosely cover and zap in the microwave to take the chill off. Ready to serve.