Balsamic Caramelized Onion Crostini is a slightly spicy and highly flavorful appetizer. The topping is deep and rich in color and is also great on bean burgers! 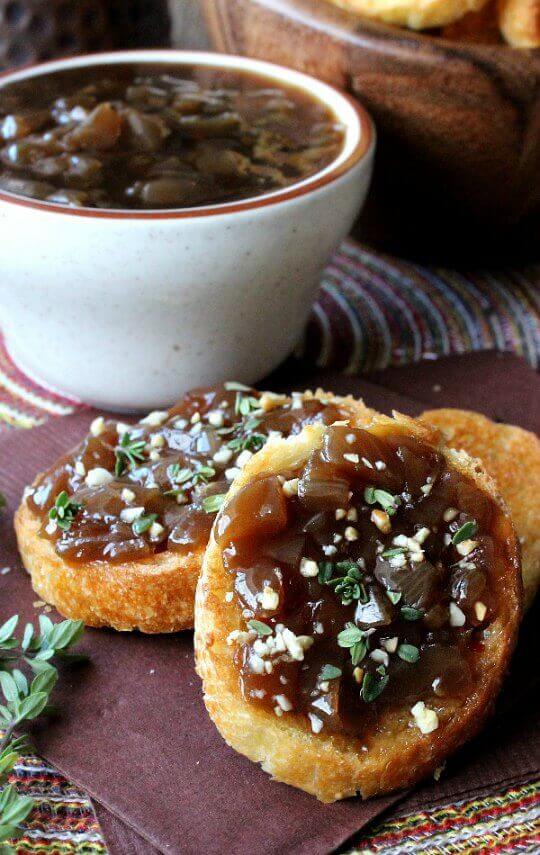 If you're looking for an inexpensive recipe to have for lots of people at a party or get together then Balsamic Caramelized Onion Crostini is it.

I know it's onion but it's also caramelized onion and that's a whole different animal. Onion has sugar in it and when you cook them low and slow the sugar is drawn out and they turn this rich dark color that tastes so good.

Even though raw onion is really good and has its place - caramelized onion is special.

Onion is diced very small for this recipe. A little bit bigger than ¼" pieces. I have this gadget that makes this job really quick. It's the Vidalia Chopper. You sure don't need it but I use it a lot.

You can cut things in two different square sizes and I find myself using it for onion, bell peppers and tomatoes the most. It is just so quick and as you know I'm cooking all the time so it's very handy.

If you're looking for a very simple recipe to get a lot of regular caramelized onion to freeze for the future I have a crock~pot recipe. Slow Cooker Caramelized Onions is super easy and so good. 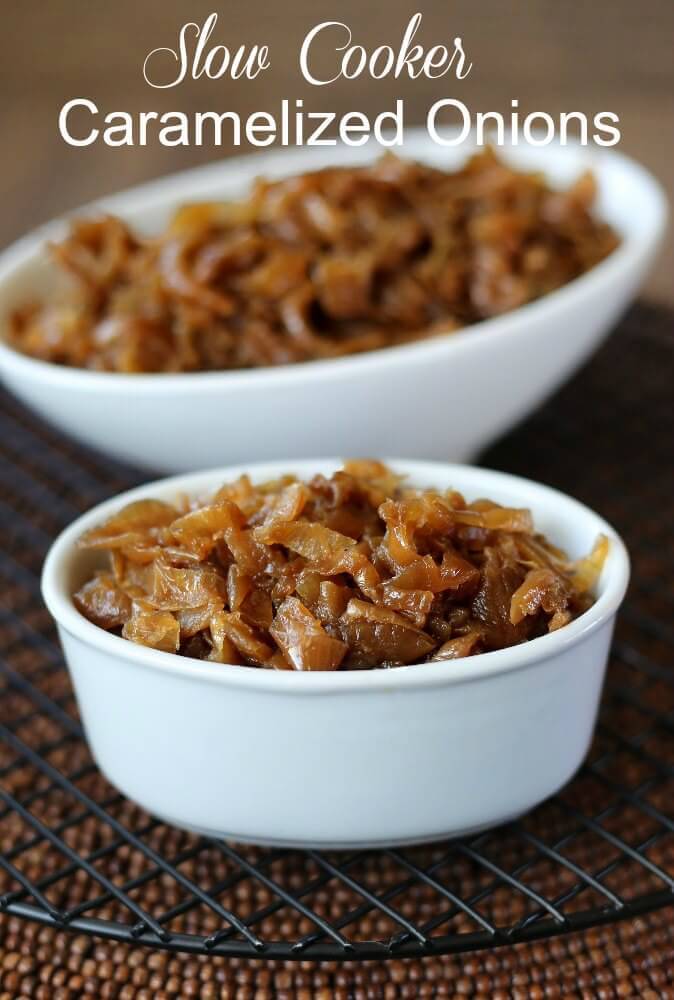 You'll want to stand there over the pot with a spoon.

So back to game day, reunions, potlucks or any holiday that's coming up Balsamic Caramelized Onion Crostini is a recipe that makes a statement. Pretty, original and tasty. 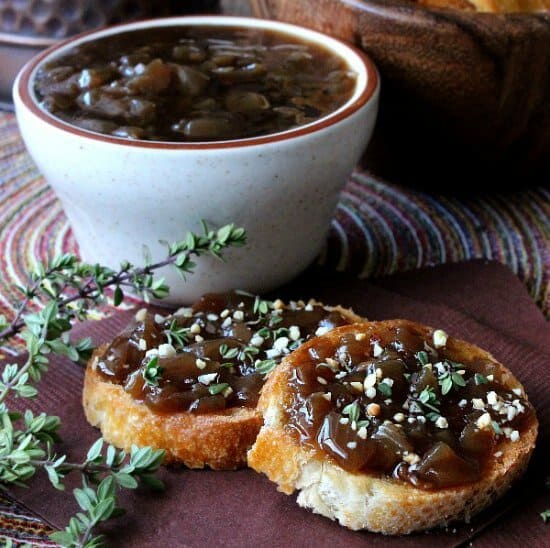 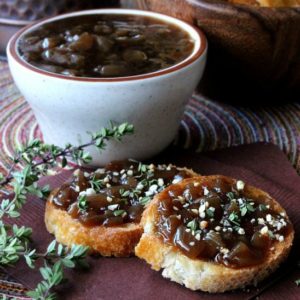 Cool completely to room temperature. Put in a freezer container and freeze up to 3 months.

Remove from the freezer and put in the refrigerator for 6-8 hours. Zap in the microwave for a few seconds to take the chill off. Prepare the crostini toasts as described above. Serve Balsamic Caramelized Onion alongside the toasts.