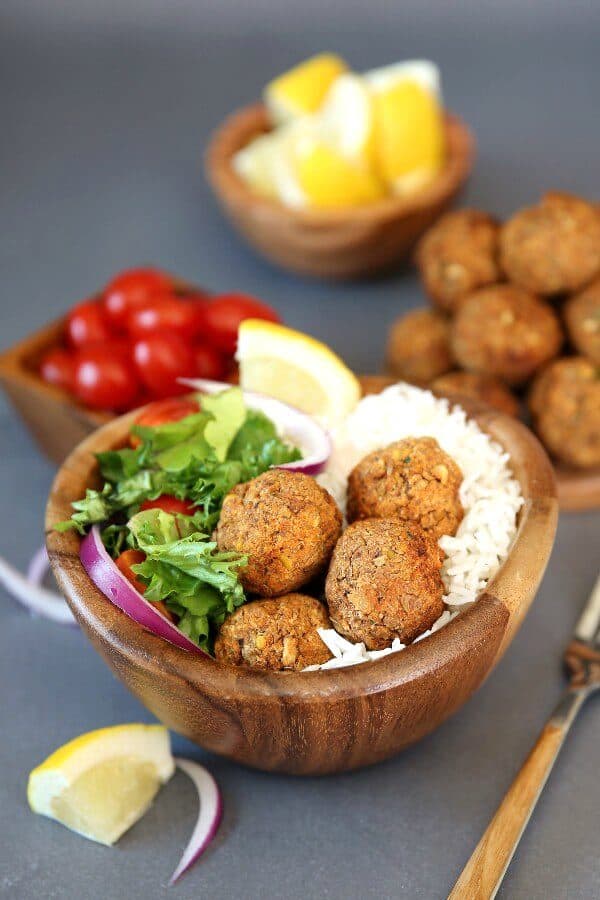 Baked Lentil Balls with Zesty Rice is a great well balanced meal. The lentil balls can be made ahead and frozen to be served in a myriad of recipes.

It was so hard to decide which recipe I was going to make. Seriously I changed my mind three times. Everything looks so delicious.

Lentil balls that are baked sounded like a winner. The fact that they were combined with zesty lemony rice and a salad sounded refreshing too. All in one bowl.

I was right - it was a good choice. There was no problem devouring the meal and everyone was pleasantly full.

The baked lentil balls were firm and went really well with all of the other flavors.

In fact, they seemed so versatile I made another batch but this time they got baked in the air fryer. Directions - below.

Those are all gone now too and we had them for lunch dipped in vegan chipotle mayo with no-bake stuffed mini peppers on the side.

See what I mean? Very versatile.

This is only one of the recipes that you'll find inside Vegan Yack Attack on the Go! A hardbound book with color photos for every recipe is also a plus.

Take a peek at the cover! 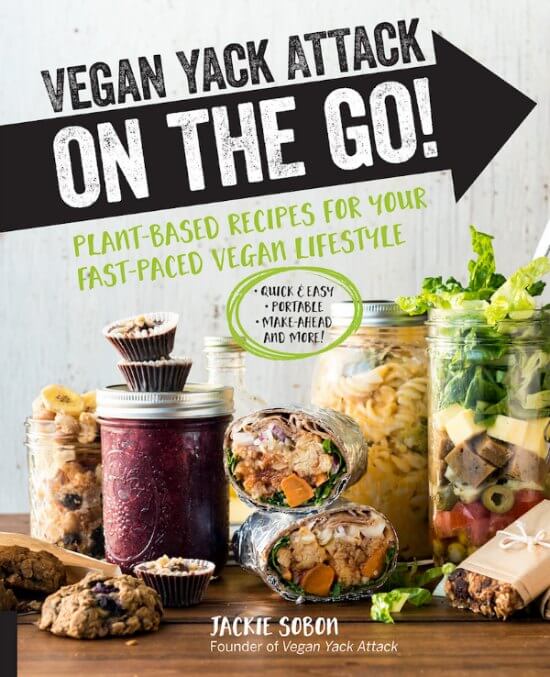 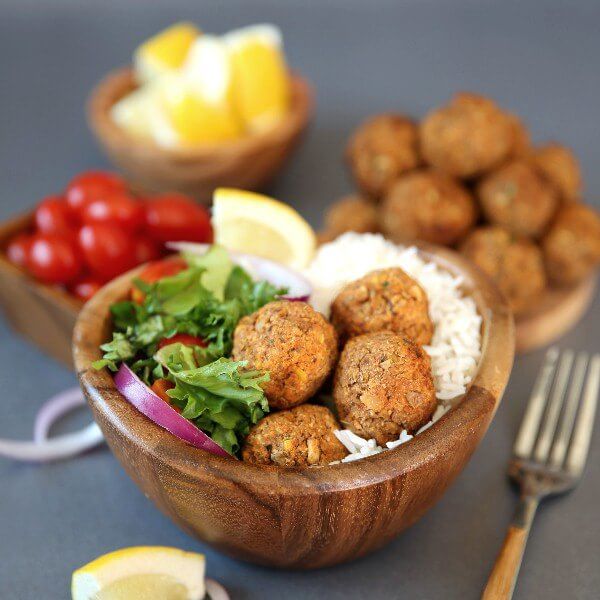 The baked lentil balls are the largest I've made and I don't know why I hadn't done this before. Love the substantial size! You get five in a single serving too.

So get your copy of this beautiful book. You need it in your collection so that you can easily find quick recipes and also great snacks for on the go. 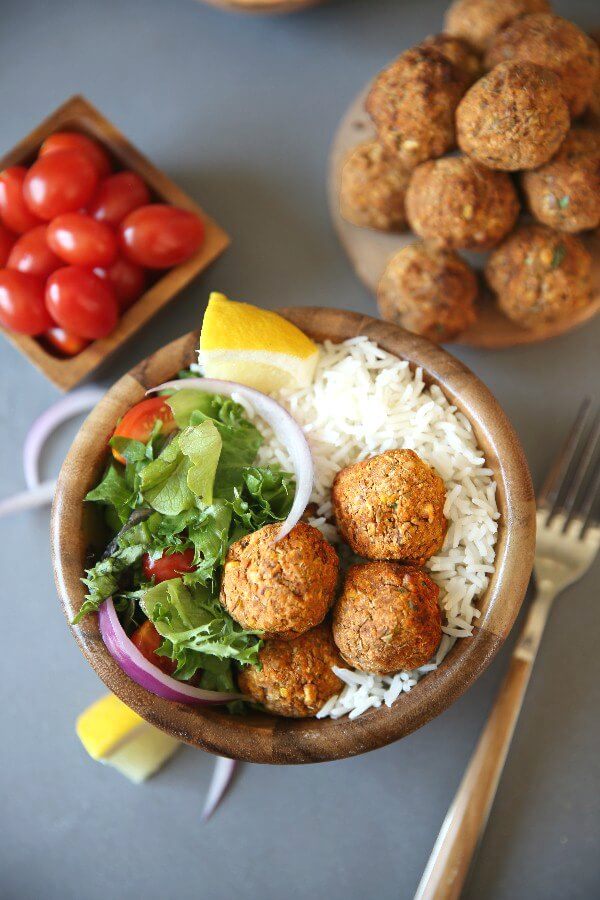 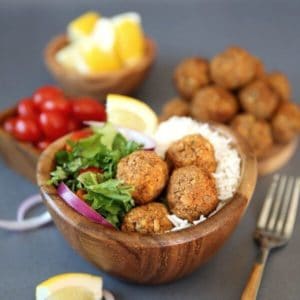 TO MAKE THE LENTIL BALLS:

TO MAKE THE ZESTY RICE:

Can you Freeze Baked Lentil Balls with Zesty Rice?

Yes! The lentil balls can be made in bulk in advance, then frozen for later use!

So there you have it! Now get on over and order Vegan Yack Attack on the Go! via Amazon. 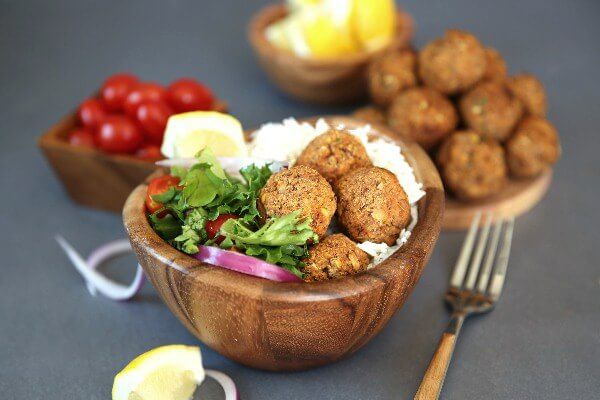 About Jackie: Jackie Sobon is a recipe developer, food photographer, and author specializing in vegan food.

She is the founder of the popular food blog Vegan Yack Attack, which has been showcasing her creative recipes and stunning photography since 2011 and has been placed on many top blog lists.

Jackie has photographed cookbooks for the likes of Jason Wrobel, Happy Herbivore, and other plant-based authors.

Her work has been featured on websites such as KTLA News, ABC News (Good Morning America), VegNews, Kris Carr, PureWow, Babble, and BuzzFeed.

She is also the author of Vegan Bowl Attack! and has self-published three e-books and is the Sweet Treats columnist for VegNews magazine.

Hi, my name is Ginny and it is fantastic that you have come to see my blog, Vegan in the Freezer. The recipes feature healthy and delicious vegan food that you can enjoy now or freeze for future meals.
Read more about me . . .
WEB STORIES